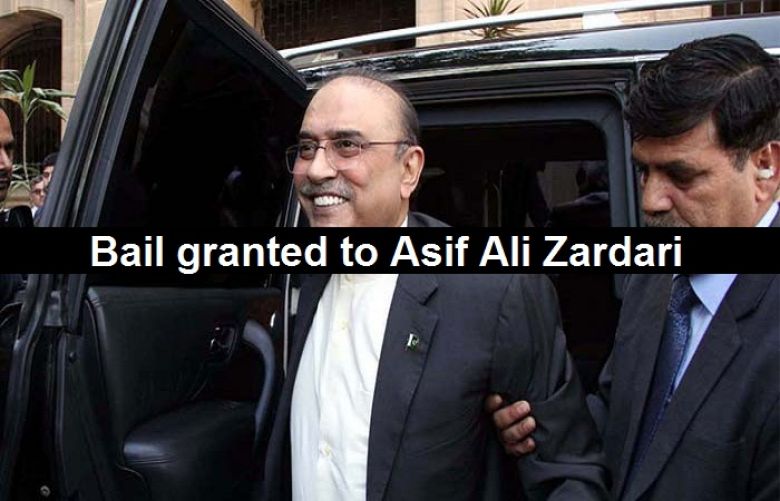 During the hearing, the medical report of the former president was presented before the court.

“Will you oppose his bail petition after getting the medical report?,” remarked the IHC chief justice.

CJ IHC Justice Athar Minallah asked National Accountability Bureau (NAB) prosecutor Jahanzaib Bharwana to review the medical report of the petitioner. The chief justice directed the prosecutor to read it out loud in the courtroom.

Bharwana read the report which stated the symptoms of diseases and recommended immediate medical treatment to the patient. The report was prepared by the medical board of Pakistan Institute of Medical Sciences (PIMS) Hospital constituted over directives of the court.

The high court bench, in the same hearing, proceeded the pre-arrest bail petition of Zardari’s sibling Faryal Talpur. However, the hearing of bail petition of Talpur was adjourned till December 17.

Zardari’s counsel Farooq H. Naek apprised the court that his client is suffering from several diseases like heart, sugar and others and pleaded to pass orders for his release on bail.

The IHC CJ, Athar Minhallah asked Naek whether the medical report of the former president attached with the plea or not.

To this, he replied yes, the report is of PIMS hospital is attached with the plea.

It is pertinent to mention here that Zardari had filed the bail petition seeking his release on medical grounds in the Islamabad High Court (IHC) on December 2.