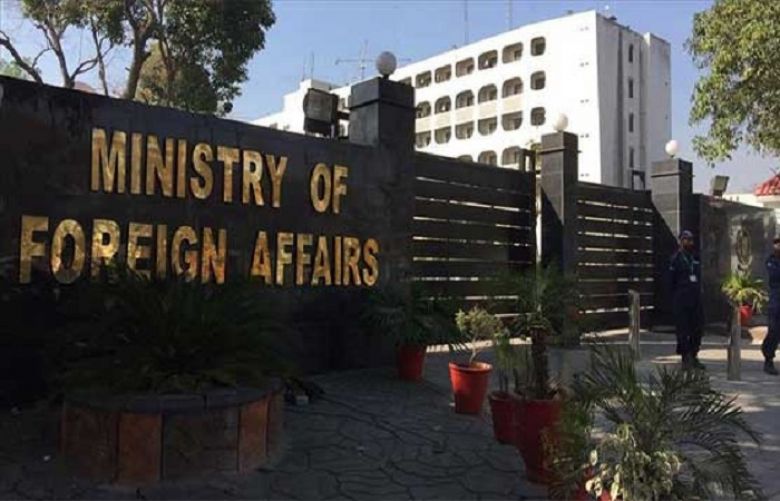 Pakistan has strongly condemned the latest discriminatory legislation in Indian Lok Sabha describing it as a glaring attempt by New Delhi to interfere in the neighboring countries with malafide intent.

In a statement, Foreign Office Spokesperson Dr Muhammad Faisal said the latest legislation by Indian Lok Sabha that offers Indian nationality to the nationals of Pakistan and two other South Asian countries except Muslims is premised on a falsehood and is in complete violation of the Universal Declaration of Human Rights and other international covenants on elimination of all forms of discrimination based on religion or belief.

The spokesperson said the latest legislation is another major step towards the realization of the concept of ‘Hindu Rashtra,’ idealized and relentlessly pursued by the right-wing Hindu leaders for several decades.

Dr Muhammad Faisal said the Indian legislation has also, once again, exposed the hollowness of the claims to secularism and democracy.