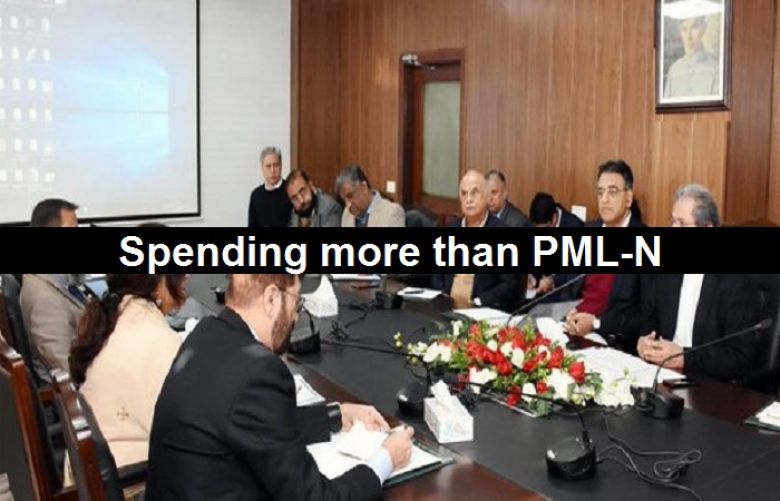 File Photot PTI Government is about to spend more than PML-N Government on Higher Education.

He said that by end of current fiscal year, the Pakistan Tehrik-i-Insaaf (PTI) government was targeting to spend over Rs30 billion on higher education development projects, which would be 100 percent more than what the PML-N government spent during its last year.

“In the last year of PML-N government, Rs16.4 billion were spent on higher education development projects. In first year of PTI government it spent Rs18.8 billion, 14.6% higher,” he said in a tweet after chairing a meeting to review status of funding of higher education projects here.
The meeting was co-chaired by Asad Umar and Minister for Education and Professional Training Shafqat Mehmood.

The meeting was informed that the process of release of development funds has been revamped and the Principal Accounting Officers (PAO) have been given greater powers.

It was said that an amount of Rs11.4 billion has so far been authorized by the Planning Division for release to HEC, out of the total allocation of Rs29 billion for the current year.
The Minister for Planning directed the relevant officials to make sure that the funds allocated for HEC are released in a timely manner so that the educational institutions could utilize them for their projects.

He also asked chairman HEC to make sure that the released funds were spent prudently and effectively.

The minister assured that the government would provide more funds to the HEC during the current years, than the expenditure the commission has incurred during the recent years. He asked the chairman HEC to gear up the efforts to increase the fund utilization capabilities to achieve higher expenditure levels.

The Planning Commission would facilitate the design and approval process of the proposals.

The ministers also decided to carry out a review of the Knowledge Economy projects along with the ministries of Science & Technology and Information Technology & Telecom.