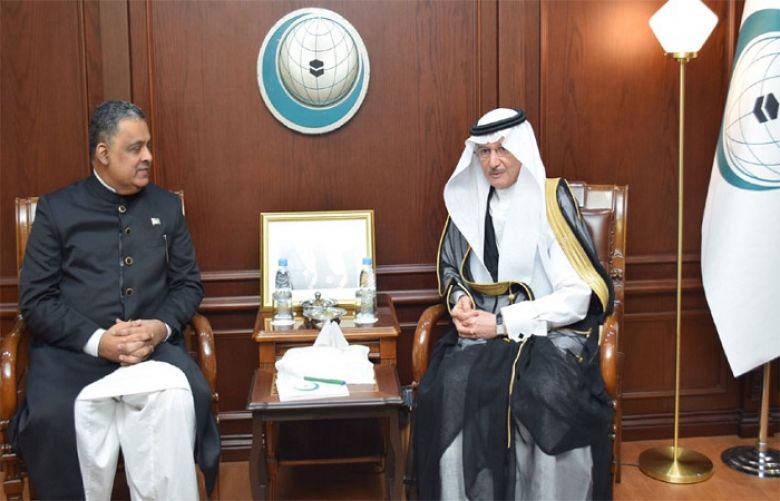 Pakistan has established dedicated Permanent mission to the Organization of Islamic Cooperation in Jeddah.

Pakistan's newly-appointed Permanent Representative to the OIC Rizwan Saeed Sheikh has presented his credentials to the Secretary General Dr. Yousef A. Al-Othaimeen at the Organization’s headquarters.

According to the Foreign Office press release, establishing Permanent Mission to OIC, coinciding with the Golden Jubilee celebrations of the OIC in 2019, is based on Pakistan’s desire to further strengthen its engagement with the OIC .

With 57 members, OIC is the world’s second largest intergovernmental organization after the United Nations.

Pakistan values OIC’s steadfast support on the Jammu and Kashmir dispute and other causes of the Islamic Ummah.