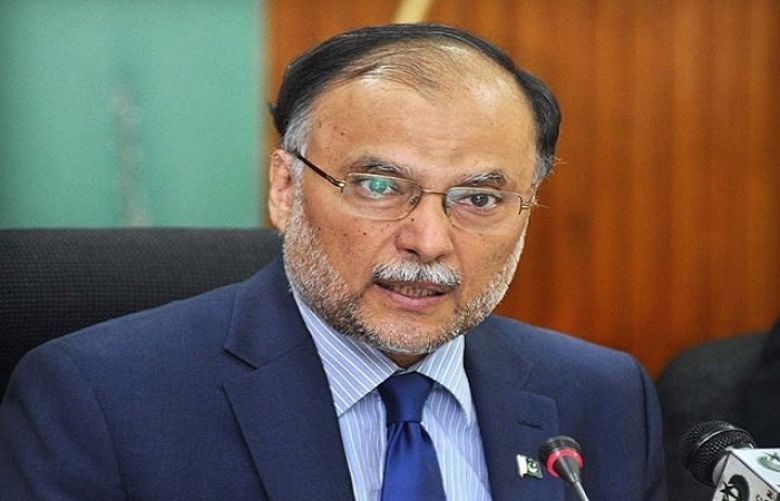 The former interior minister said that misunderstandings would not have been created if the prime minister and members of his cabinet had not given irresponsible comments about the CPEC projects.

"Irresponsible statements from the PTI have already made matters worse," he was quoted as saying. "The government should refrain from giving unverified statistics on CPEC projects."

He said that the government had been wrong in stating that the total amount of loans taken from China were $18 billion. He also said that without a doubt this was not a loan for Pakistan but a relaxation.

"The total amount of loans taken from China amount to $5.8 billion," said Ahsan.

"All energy projects are in the form of investment," he added.

"If Pakistan is in need, China would never ask it to repay its loans in time," said Jing.