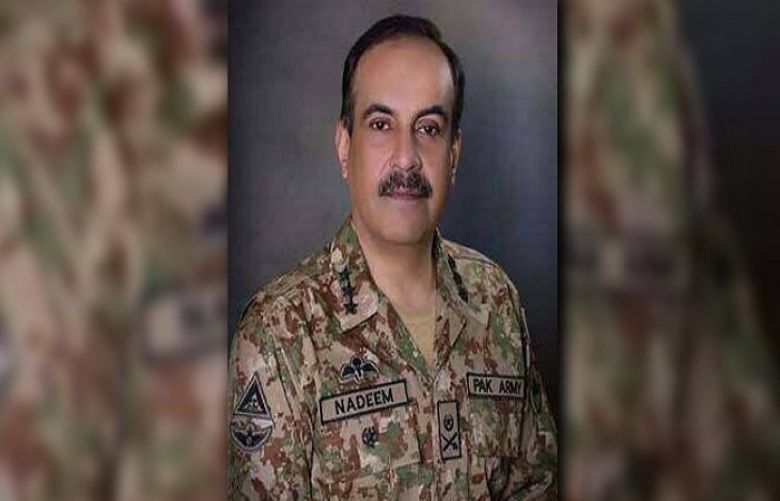 According to the press release, Lt Gen Raza's appointment will take effect from November 27.

The statement recalled that the notification for the reappointment of Gen Qamar Javed Bajwa as the chief of army staff for another tenure was already issued on August 19.

Following his appointment as the CJCSC, Lt Gen Raza called on Prime Minister Imran at his office today.

The incumbent CJCSC, Gen Zubair Hayat, had begun making the ritual farewell calls earlier this month as he is set to retire on Nov 27.

Besides Lt Gen Raza, who has been serving as the Chief of General Staff (CGS), the other top contenders for the office of CJCSC were Strategic Plans Division (SPD) Director General Lt Gen Sarfraz Sattar and Commander V Corps, headquartered at Karachi, Lt Gen Humayun Aziz, Dawn reported last week.

The CJCSC, in principle, is the highest-ranking military officer across the armed forces. He serves as the government’s top adviser on matters related to national defence and security. His job description also includes working for promotion of ‘jointness’, or cross-service cooperation, in all military processes. But in practice, the position has been reduced to a ceremonial one in the scheme of things.

During the entire three-year tenure of Gen Zubair, the Joint Chiefs of Staff Committee, created in 1976 to address the shortcomings of ‘joint effort’ in the East Pakistan war, met only once, on July 3, 2018, although the forum has to meet quarterly.

By virtue of being a tri-services office, the position of CJCSC has to be rotated among all three services, but it has come to be dominated by the army, especially after the establishment of the National Command Authority (NCA), because it controls the key areas of nuclear command and strategic assets. The CJCSC is also the deputy chairman of the NCA’s development committee.

Of the 16 chairmen who have served the office so far, 13 were from the army, two from navy and one from the air force. Within the army, the position has mostly been bagged by men from the infantry.

Outgoing Chairman Gen Zubair was, however, from the artillery. He had the honour of being the first gunner to become a four-star general since Gen Pervez Musharraf retired in 2007.