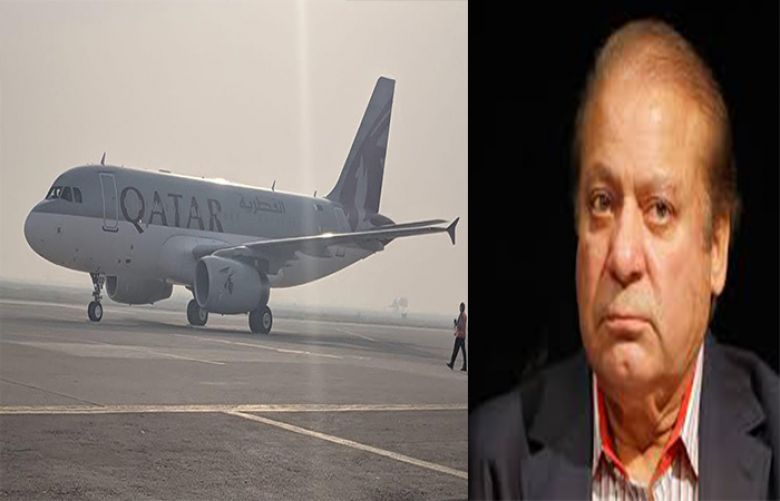 The PML-N leaders including Raja Zafarul Haq, Ahsan Iqbal, Khawaja Asif, Marriyum and others are present at the airport to see off the former prime minister.

All arrangements for Nawaz Sharif’s departure have been made at Lahore airport’s Haj Terminal.

Nawaz will be accompanied abroad by his personal physician Dr Adnan Khan and Opposition Leader in the National Assembly Shehbaz Sharif.

The air ambulance arrived in Lahore from Doha early morning.