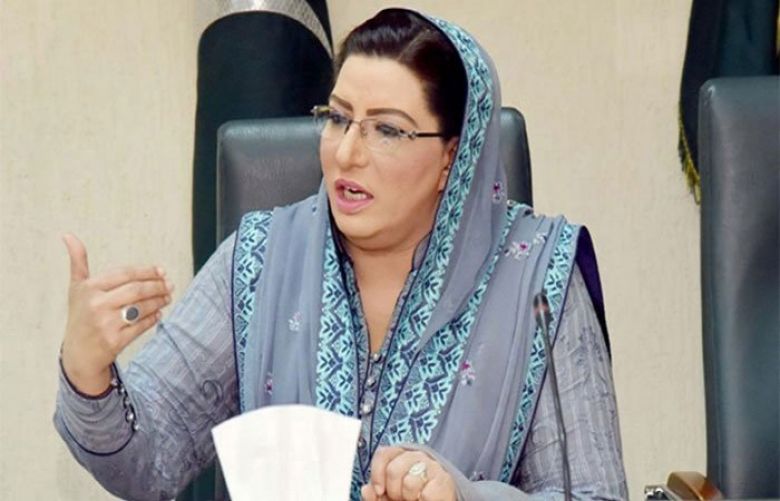 Special Assistant to Prime Minister on Information and Broadcasting Dr. Firdous Ashiq Awan has strongly denounced the ex-Indian army general's remarks on the T.V. in which he supported the rape of Kashmiri women.

In a series of tweets on Monday, she said this very immoral and fascist mindset is an undeniable proof of Modi's Nazism.

Firdous Ashiq Awan said the international community should strongly react to the Indian Army's sick mindset and their criminal acts against humanity.

The Special Assistant paid glowing tributes to the courage and valiance of Kashmiri women for standing firm against the Indian oppression. She said their services and sacrifices in the freedom struggle will always be remembered.