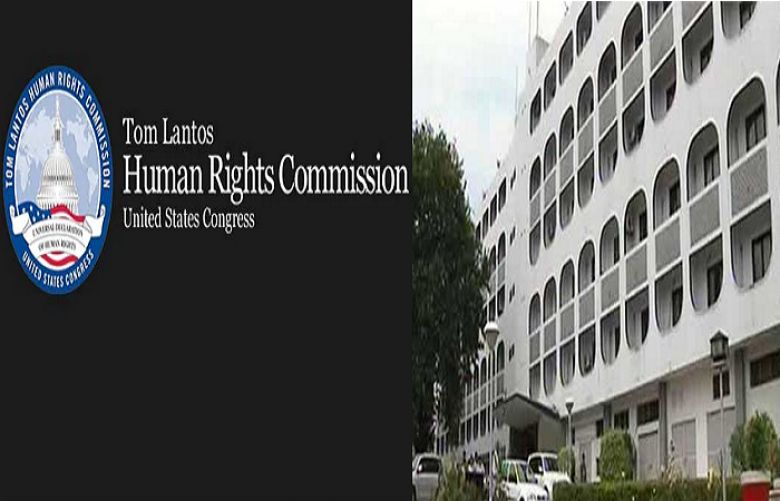 Pakistan has welcomed the public hearing of Tom Lantos Human Rights Commission of the US Congress on the human rights situation in Indian occupied Kashmir.

In a statement today, Foreign Office Spokesperson Dr Muhammad Faisal said the deliberations of the Commission reinforced internationally recognized disputed nature of the Jammu and Kashmir issue and highlighted gross human rights violations and the humanitarian crisis there.

Dr Muhammad Faisal said the latest hearing in the Lantos Commission is another illustration of the world community’s serious concern over the unacceptable situation in occupied Kashmir and the need to address it urgently.

He said Pakistan recognizes efforts of Members of the U.S. Congress who have raised their voices of conscience on the ongoing persecution of the Kashmiri people and called upon the Indian government to end its brutal repression. We appreciate that the U.S. leadership and lawmakers are cognizant of the potential threats to fundamental human rights, freedom of speech, right of self-determination, and peace and stability in the region and are willing to play their due role to help bring the continuing humanitarian nightmare to an end.

The general view during the hearing was that international journalists, independent human rights organizations and United Nations Special Rapporteurs should be allowed to visit IOJ&K. The witnesses also called for immediate lifting of the communications blockade and restoration of human rights in occupied Jammu and Kashmir. Overall, it was emphasized that India should not be allowed to continue its oppressive policies as well as religious and ethnic persecution. The international community was urged to hold independent investigations into grave human rights violations in the occupied territory.

Dr Muhammad Faisal said the courage of the panellists who became the voice of innocent Kashmiri people being brutally silenced by India's communications blockade is laudable. They shredded the myth of so-called “largest democracy” and honestly exposed the authoritarian, nationalistic and extremist motivations driving the Indian government’s deplorable and repressive policies. They also expressed their concern that persecution of religious minorities in India, especially manifested in the form of anti-conversion legislation, Babri Masjid verdict, National Register of Citizens (NRC) in Assam as well as mob violence and lynching were fostering a growing sense of fear among the minorities in India.

Dr Muhammad Faisal said the Indian regime must end its illegal occupation of occupied Kashir, stop its state-terrorism, and allow the exercise of right to self-determination to the Kashmiri people as stipulated by the United Nations Security Council resolutions.