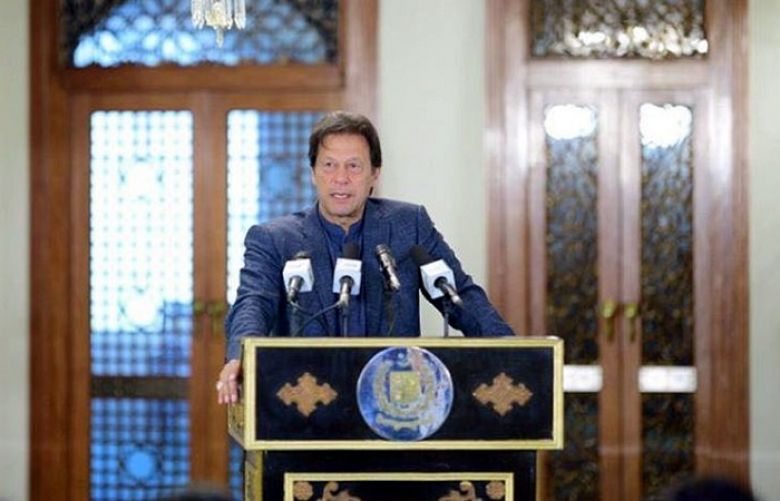 Prime Minister Imran Khan has vowed to economically uplift the country by bolstering exports and attracting the foreign investment.

He was addressing a tripartite signing ceremony between MSD Tire and Rubber Company, Doublestar China and Dawood Pakistan Express Bus Service Limited in Islamabad on Wednesday.

The Prime Minister said this agreement signed today between Pakistani and Chinese companies is aimed at local production of tires. He said this will not only help us reduce the import bill but export of tires will build up our foreign exchange reserves.

He said several agreements have already been signed with China and the CPEC provides the platform to further bolster the economic partnership between the two countries.

The Prime Minister said the country's economy has been stabilized as a result of measures taken by the present government. He said the current account deficit has been curtailed and the rupee has also stabilized. The positive sentiments are now also visible in the stock market.

Imran Khan was confident that Pakistan will achieve higher growth rate than the one projected for the current fiscal year. He said we are giving incentives to the construction to uplift this important sector of the economy. We are also extending facilities to the investors.

The Prime Minister said world institutions including the IMF, the Asian Development Bank and the World Bank have also endorsed that the country is heading in the right direction. He said the World Bank has improved our ease of doing business ranking by twenty eight points.

Imran Khan, however, stressed that our next challenge is to provide job opportunities to the youth by bringing in the investment. For this, he said we will fully facilitate the investors.