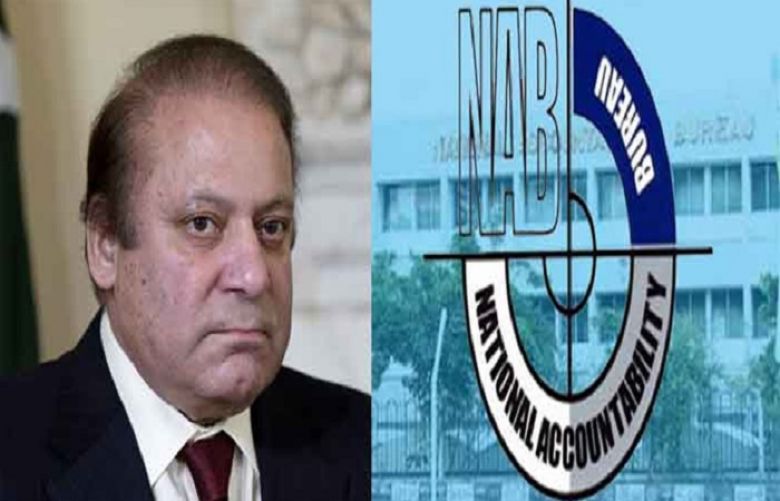 In its official response to the Interior Ministry on Monday, the National Accountability Bureau said that the federal government is authorised to remove names of people from the Exit Control List, said sources.

In its response, the NAB stated that there is neither a clear objection nor an approval for removing the name of the former prime minister off the ECL.

Sources said that the interior ministry had also sent Nawaz Sharif’s medical reports to the NAB, although now the ball is in the ministry’s court again.

The Interior Ministry decided to send the matter to the federal cabinet, however according to the rules, the issue should have been sent to a sub-committee first.

It is also the prerogative of the cabinet to pick up the matter before a sub-committee.

Following the development, the federal cabinet will hold a session on Tuesday to finally decide on the issue of removing Nawaz’s name from the ECL.

Punjab Governor Chaudhry Muhammad Sarwar on Monday said that PML-N leader Nawaz Sharif would be removed from the list.

"Everybody is worried about Mian Nawaz Sharif's health but the issue should not be politicised," the governor said during a chat with media personnel at Alhamra Hall in Lahore.

Sarwar said that the government had constituted a medical board since it was not willing to to take any risks on Sharif's health. He further said that the former prime minister would be free to go anywhere for treatment.

The former prime minister was granted bail by the Islamabad High Court on humanitarian grounds days after he was hospitalised in critical condition last month.

Speaking to reporters in Lahore on Monday, Punjab Health Minister Dr Yasmin Rashid said that the ministry of interior has sought details from the medical board regarding Sharif’s treatment abroad.

Rashid explained that the 10-member medical board, that was examining Sharif during his stay at Services Hospital, met last night and recommended that the former prime minister be allowed to travel to a foreign country for tests which were not available in Pakistan.

“We then wrote back to the doctors asking them to elaborate what those tests are that are not available at public hospitals in the country and to explain why Nawaz Sharif was a high-risk patient?” Rashid added. The board’s reply, she said, will then be forwarded to the interior ministry.

The board will hold another meeting today to prepare a detail response, the minister told reporters. “It is our right to seek details from the board that will help the interior ministry understand the matter.”

Rashid also rubbished speculations that the government could pressurize the medical board, which she added was independent. “I have never doubted Nawaz Sharif's illness,” the health minister said, “He has always been treated as a high-profile patient.”

The minister disclosed that Nawaz Sharif's platelet count was 28,000 when he was discharged from Services Hospital last week. During his stay at the hospital, she explained, he was provided complete medical facilities.

Even while he was in the central jail and later in the custody of the anti-graft body, Rashid said that medical teams used to visit his regularly. The plea to allow Sharif to travel abroad for medical tests was submitted to the interior ministry on November 6.