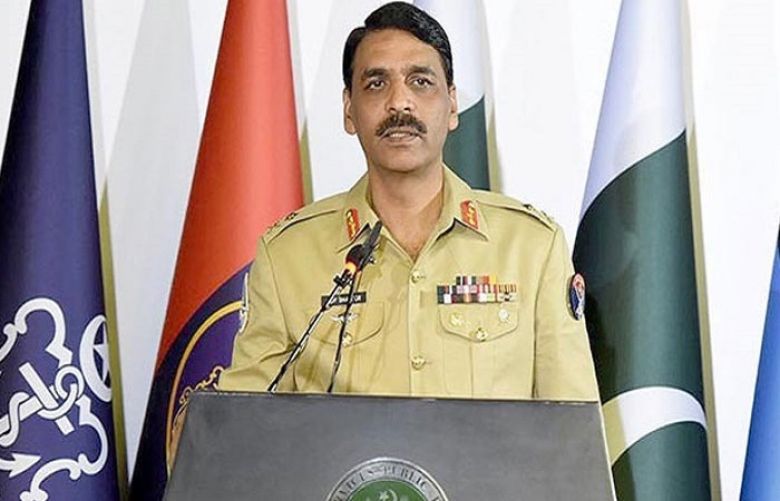 Director General Inter-Services Public Relations Major General Asif Ghafoor said on Wednesday that the Army is an impartial institution and has nothing to do with politics.

The DG ISPR said that the Army is busy with matters pertaining to national security, adding that the issues do not ‘permit’ it to respond to allegations.

Maj Gen Ghafoor said protests have been taking place since a while. “Maulana Fazl’s march is a political activity and the Army has nothing to do with it," said the DG ISPR, terming Fazl a senior politician.

He said that the institution has nothing to do with politics and it acts upon the orders of the civilian government.

The DG ISPR said that even the army chief wished that the armed forces' role in the election should be minimum.

"The army chief wishes that an election process should be in place where the role of the army is minimum," he said.

The DG ISPR said that the issue of occupied Kashmir between India and Pakistan had been going on since the past 70 years.

"The Kartarpur Corridor has nothing to do with the Kashmir issue," he said.

He said that the armed forces of the country were fighting for the case of Kashmir on the Line of Control (LoC) since the past 70 years.

"The Pakistan Army nor any other institution can compromise on the issue of Kashmir," he said.