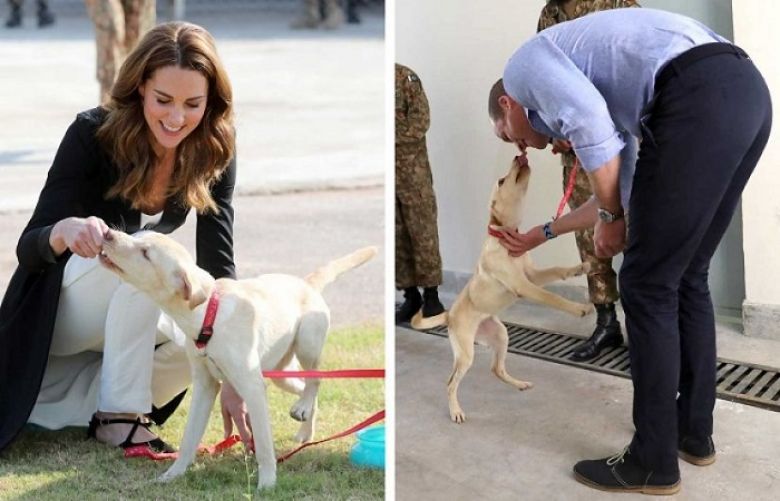 Duke of Cambridge Prince William on Friday said that the security relationship between the United Kingdom and Pakistan was helping keep the people of Britain safe, according to a report published by the UK-based news outlet British Broadcasting Corporation.

Prince William made the statement during informal discussions with security officials from Pakistan while visiting a dog-training school with wife Kate Middleton on the last day of a trip to the country. Many journalists accompanied the royal couple on the visit.

The dog-training school is modeled on a British program, and several personnel from the United Kingdom were present to welcome the royal couple on their visit to the school. On the occasion, Prince William noted that whatever happened in Pakistan affected the UK.

"The fact that we're here today and witnessing UK-Pakistani security working together shows you how important it is," he was quoted as saying by the BBC. "We're involved with the Pakistanis for a very good reason. It will actually keep people safe back in the UK."

The prince added that the whole week he had been hearing about security in Pakistan and the visit had really been brought home to Catherine and himself the importance of the Pak-UK relationship.

Earlier on Friday, when asked to reflect on the eventful tour to Pakistan, the Duchess of Cambridge had also summarised the maiden tour to the country.

“It has been fantastic, We have seen a lot of Pakistan… It was amazing seeing some of the geography yesterday, but then to see some of the community activities today has been really special," she told the interviewer standing beside Prince William, her husband.