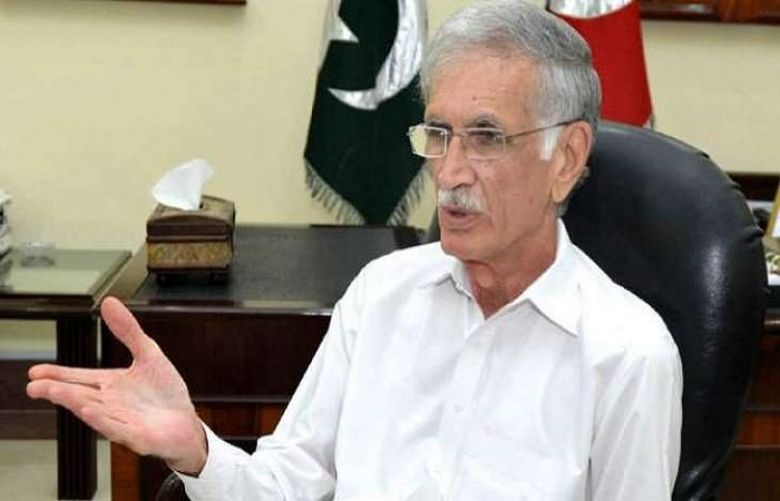 The Pakistan Tehreek-e-Insaf government has decided to form a committee under Defence Minister Pervez Khattak to hold talks with Jamait Ulema-e-Islam Fazl, as the latter is set to march to the capital against the government, it emerged on Wednesday.

The core committee session of the ruling PTI was held under Prime Minister Imran Khan today, where the matter related to the upcoming march was discussed.

The PTI government has formed a four-member committee to deal with the issue of the march under the JUI-F, sources had informed earlier, although PTI leader and Foreign Minister Shah Mehmood Qureshi confirmed the news during his media talk later.

The four members will be party representatives from the four provinces and their names will be finalised today. The committee will also approach the opposition parties, sources had said.

During the meeting, Prime Minister Imran Khan is of the opinion that there is no harm in holding talks with the JUI-F to reach a political solution.

The committee under Khattak will in its capacity decide whether to hold talks or proceed accordingly.

Bilawal while speaking to media in Rato Dero reiterated: “PPP thinks government will have to go."

Maulana Fazlur Rehman earlier said that participants of his march would enter Islamabad on October 31.

Earlier, the party had announced to hold the protest on October 27 and sought permission from local authorities for a gathering near Islamabad's D-Chowk.

Maulana Fazl said the participants of Azadi March from across the country will gather near Tarnol before entering Islamabad on October 31.