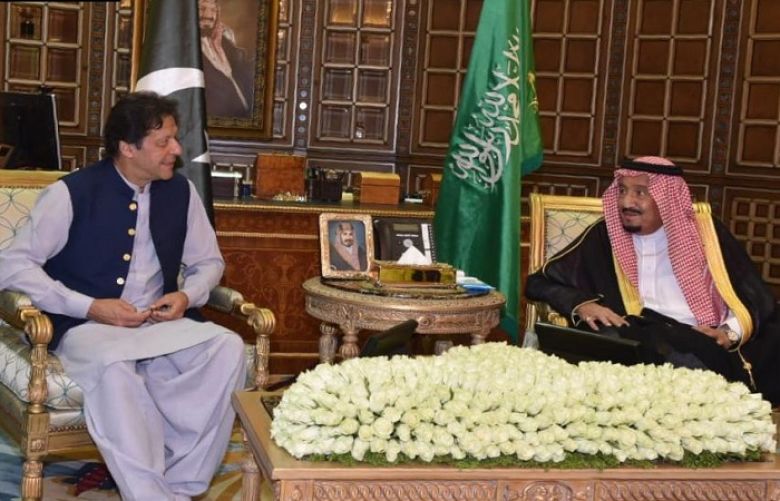 Prime Minister Imran Khan on Tuesday met Saudi King Salman bin Abdulaziz Al Saud during a one-day visit to in the Kingdom's capital aimed to help ratchet down the tensions between Tehran and Riyadh.

During the meeting, PM Imran and King Salman discussed matters of mutual interest.

Earlier in the day when the prime minister had reached Saudi Arabia, Riyadh Governor Faisal bin Bandar and Minister of State Musaad bin Mohammed Al Aiban welcomed him at the airport.

A statement by the Foreign Office earlier had said: "The prime minister will confer with the Saudi leadership in light of his recent consultations with other leaders. Bilateral ties and other regional developments would also form part of the discussions.

"Pakistan and Saudi Arabia are bound in a fraternal relationship marked by mutual trust and understanding, close cooperation and an abiding tradition of supporting each other, the statement added.

The latest visit marks PM Imran's third one to Saudi Arabia this year after two trips back in May and September 2019. From the Kingdom's side, Crown Prince Mohammed bin Salman paid a state visit to Pakistan in February 2019.