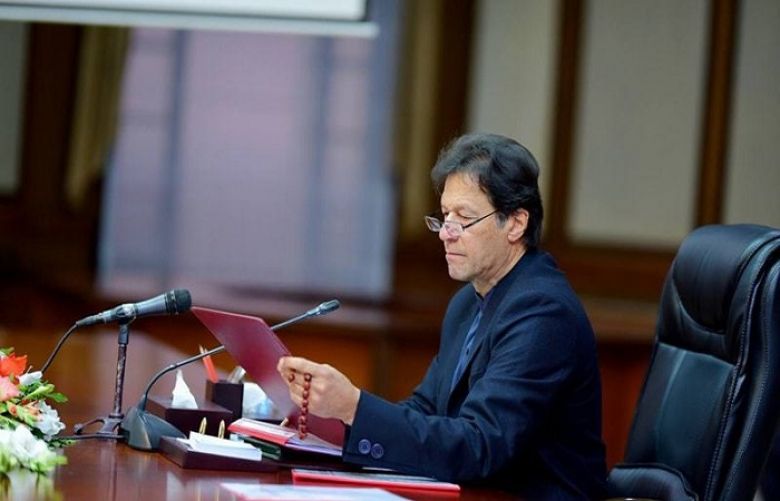 Awan, the special assistant to the prime minister (SAPM) on information, said that the premier also called the chief ministers of all four provinces for a meeting on Friday to devise a strategy to control inflation, which surged by 11.4 per cent year-on-year in September.

She said that the cabinet members decided that the price committees of provinces will be activated and the elements responsible for fluctuation of prices and hoarding will be dealt with strictly.

The prime minister also directed officials to maintain the prices of life-saving medicines. The participants of the meeting were told that a summary was being moved to reduce the prices of 89 medicines.

The federal cabinet in today's meeting approved the decisions taken by the Economic Coordination Committee (ECC).

According to Awan, Prime Minister Imran during the meeting took the cabinet members into confidence over his recent visits to China and Iran. He apprised the cabinet of his efforts to facilitate better relations between the Kingdom of Saudi Arabia and Iran.

Among other issues that were on agenda for today's meeting, the cabinet members were told that the government's Evacuee Trust Property Board (ETPB) has recovered 1,262 acres of land during the past year.

The cabinet also approved the appointment of board members under the Health Care Act as well as the Real Estate Regulatory Authority Ordinance, she said.

The participants of the meeting approved a master plan for Islamabad and a reorganisation plan of the Capital Development Authority.

The SAPM said that the cabinet members also approved the policy regarding Langar Khanas. Under the policy, the programme will be run under a public-private partnership to extend its scope.

The cabinet suspended the matters of six other ordinances during today's meeting.