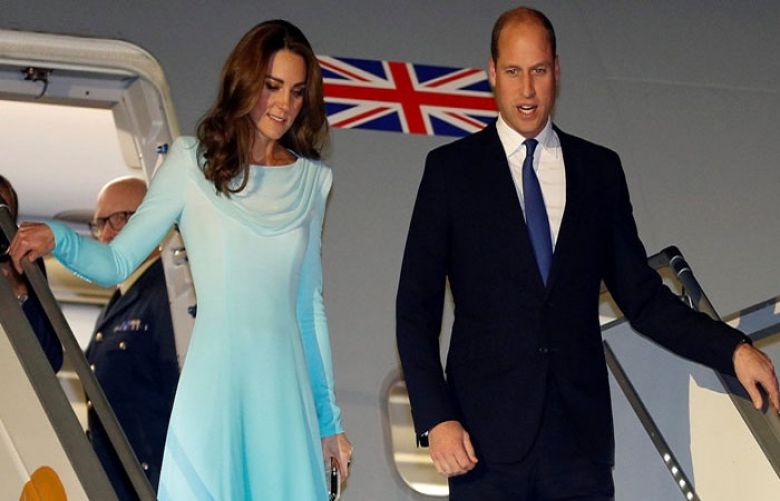 The royal couple will visit along with their three children on an official tour, which is expected to repair Pakistan’s international image a great deal. The trip will be the first of its kind undertaken by any member of the British royal family to Pakistan in 13 years.

The royal couple are slated to meet President Dr Arif Alvi and Prime Minister Imran Khan in Islamabad on Tuesday. They will visit a local women's college and participate in a charity event the same day.

Back in 2006, Prince William’s father Charles — the Prince of Wales — and Duchess of Cornwall Camilla Parker-Bowles had travelled to Pakistan to visit the areas devastated by the October 8, 2005 earthquake.

In 1961, Queen Elizabeth II, accompanied by husband Prince Philip — the Duke of Edinburgh — had embarked upon on a seven-week tour of India, Pakistan, Nepal, and Iran.

In its February 13, 1961, edition, The Guardian had newspaper maintained that Pakistan had staged a torchlight tattoo and fireworks as the Queen and Prince Philip were treated to a full weekend of entertainment.

The British media house had added: "Into the blackness of the huge stadium a set piece of firework display burst into light to open the tattoo: 500 men in white uniforms, each bearing two flaming torches, marched, counter-marched, moved in intricate formations, and built up patterns and shapes so that at one moment the darkness was alight with flaming centipedes and the next with blazing birthday cakes."

Remember, during her October 1997 trip to Pakistan, the Queen had used an address to the parliament in Islamabad to call on Pakistan and India to settle their differences.

Newspaper archives reveal that the Queen, who had not been Queen of Pakistan since 1956, and her husband, the Duke of Edinburgh, were welcomed in Islamabad by the-then Pakistani President Farooq Leghari.

The British monarch had visited the Faisal Mosque on the same day. In the evening, the Pakistani President had hosted a banquet for the Queen at the Presidency, where she gave a speech in which she had lauded her daughter-in-law Princess Diana’s humanitarian work in Pakistan and expressed her gratitude to the Pakistanis for sharing Britain’s grief of the recent tragic death of Diana.

On October 8, 1997, another eminent British newspaper, The Independent had reported: "Accompanied by the Duke of Edinburgh, she visited the grand Faisal Mosque and, in keeping with Islamic traditions, she draped a scarf over her head and took off her shoes before entering the white marble building."

As far as Lady Diana's three visits to Pakistan are concerned, she had first arrived in 1991 and this was her first official solo tour. She took on a range of engagements during the busy tour, ranging from a girls school and family welfare centre in Islamabad and the Badshahi Mosque and the Kinnaird College for Women in Lahore, to the Khyber Rifles and the Chitral Scouts on a visit to the Northwest Frontier.

This is what her bodyguard at the time, Ken Wharfe, had written in his book: "The headlines screamed that Diana had taken Pakistan by storm, that her visit had been a resounding success. The tabloids predictably hailed her vociferously as the jewel in the royal family’s crown, one of them claiming, employing a typically lame pun, that she was "All the Raj."

During her 1996 tour, Diana had made a private two-day visit to Lahore to see her friend and incumbent Prime Minister Imran Khan, and his then-wife, Jemima Goldsmith.

By 1996, Prince Charles and Lady Diana had parted ways. Diana visited Lahore to help raise money to create the Shaukat Khanum Memorial Cancer Hospital, which was being built by Imran Khan and spent her trip visiting sick children and attending fundraising events.

In May 1997, Diana made what would be her final visit to Pakistan, officially opening the Shaukat Khanum Memorial Cancer Hospital with Imran Khan. The Princess visited the hospital and remained with the patients.

Over the course of the visit, Prince William and wife Kate Middleton will meet a wide variety of people, including children and young people, leaders from government, business and the charity sector, inspiring conservationists, and well-known cultural figures and sporting stars.