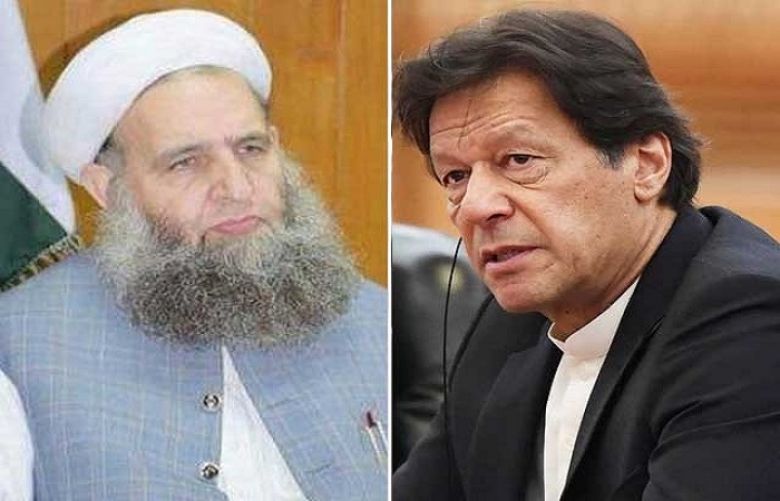 Sources said the prime minister has telephoned the minister and tasked him with contacting the JUI-F leadership and chalking out a plan to deal with protesters.

The sources said the prime minister has sought details of the JUI-F's plan.

The prime minister has also asked the minister to present recommendations with regard to the protest that Maulana plans to hold at the end of this month in the federal capital.

The sources said that the premier would hold consultations in a meeting in the light of recommendations presented by the religious affairs minister.

They said the minister is also expected to contact the JUI-F Ameer.

Maulana Fazlur Rehman on Wednesday said that participants of his march would enter Islamabad on October 31.

Earlier, the party had announced to hold the protest on October 27 and sought permission from local authorities for a gathering near Islamabad's D-Chowk.