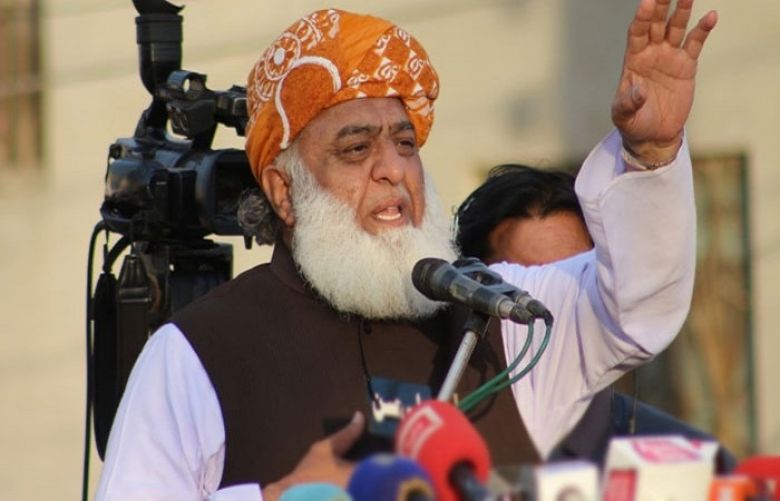 Jamiat Ulema-i-Islam Fazl Ameer Maulana Fazlur Rehman on Wednesday said the participants of his Azadi March will converge on Islamabad on October 31.

Speaking to the media, he said that although the march will start on October 27, it will take three to four days for workers from far-off areas to arrive in the federal capital.

Explaining the reason behind his decision to begin the march on October 27, he said it was because his party wanted to express solidarity with people of occupied Kashmir.

Kashmiris observe Black Day on October 27 to mark the landing of Indian troops in Srinagar, same day in 1947.

Maulana Fazl said the participants of Azadi March from across the country will gather near Tarnol before entering Islamabad on October 31.

Meanwhile, the JUI-F has sought permission to hold Azai March at D-Chowk Islamabad on October 27.

According to a letter written to Chief Commissioner Islamabad, the JUI-F will be holding the march on October 27 while exercising its democratic and constitutional right under Article 16 and 17 against the government.

The letter said the march will be led by JUI-F chief Maulana Fazlur Rehman and attended by senior party leadership and a large gathering of party workers and supporters.