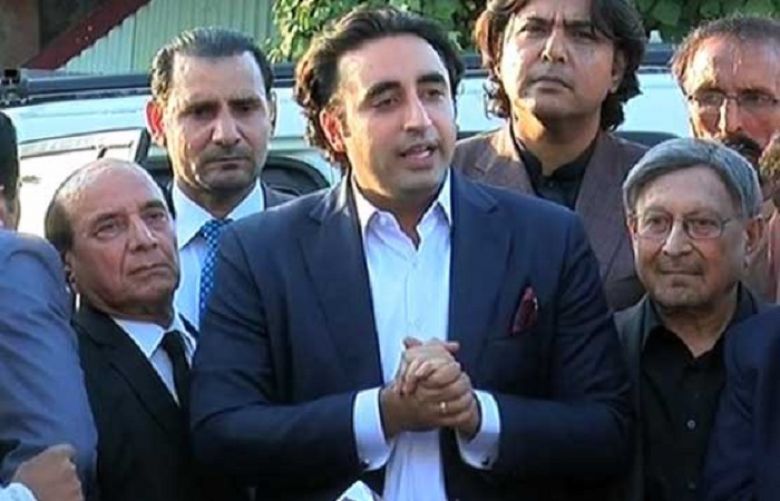 Pakistan People’s Party Chairman Bilawal Bhutto said on Monday that the ‘selected government’ should step down before the end of the year.

Speaking on the Jamiat Ulema-e-Islam Fazl march, the PPP chairman said that he is lending political and moral support to Fazl.

Bilawal said that if the options continued to shrink then his party would have no option other than to take an extreme step such as to hold protest in Islamabad.

While referring to PM Imran’s earlier statement about giving food and container to demonstrators, Bilawal said that now Maulana Fazl is going to march and the prime minister should fulfil his words.

Earlier, the PPP chairman sought an explanation from the Foreign Office during a session of the National Assembly’s Standing Committee for Human Rights, about an earlier statement of the PM related to Al-Qaeda.

Following which the FO officials explained that the statement of the prime minister was being taken out of context.