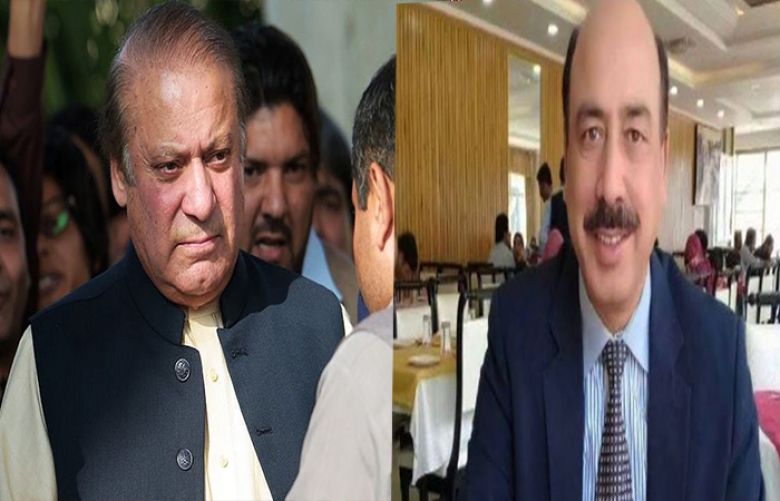 The former premier, in the appeal filed through his counsel, adopted the stance that the statements of witnesses be recorded as a fair trial in the Al-Azizia Steel Mills reference was his basic right.

The petition stated five people should be made approvers Nasir Butt as well as British experts who prepared the forensic report of the video and audio. Nawaz said the statements of the witnesses were also needed for the court to give a free and fair verdict regarding the main appeal in the Al-Azizia Steel Mills reference.

“A free and fair trial is the basic right of the petitioner,” stated the plea, adding that the judge in question had confessed that he was not innocent while a fair trial could not be expected as the Supreme Court had raised questions over his conduct.

A division bench of the IHC would hear the case filed by the former prime minister.

Meanwhile, a division bench comprising Justice Amir Farooq and Justice Mohsin Akhtar Kiyani will today (Monday) hold a hearing regarding Nawaz and the National Accountability Bureau’s appeals in the Al-Azizia Mills reference verdict. The court would also conduct hearing regarding the pleas filed by Nawaz and Nasir Butt.

In the Al-Azizia corruption case in December 2018, the then accountability court judge Arshad Malik had sentenced Nawaz to seven years in prison and fined Rs1.5 billion and $25 million. Nawaz, who is currently serving his term in Kot Lakhpat Jail, filed an appeal against the conviction in the IHC.

The base for the appeal was set by Maryam Nawaz, the former premier’s daughter, as she in July showed Malik’s video clip in which he could be seen confessing that he had been blackmailed into convicting Nawaz.

Soon after the video was released, Malik was removed from his position and repatriated to the Lahore High Court where disciplinary proceedings against him would be conducted.