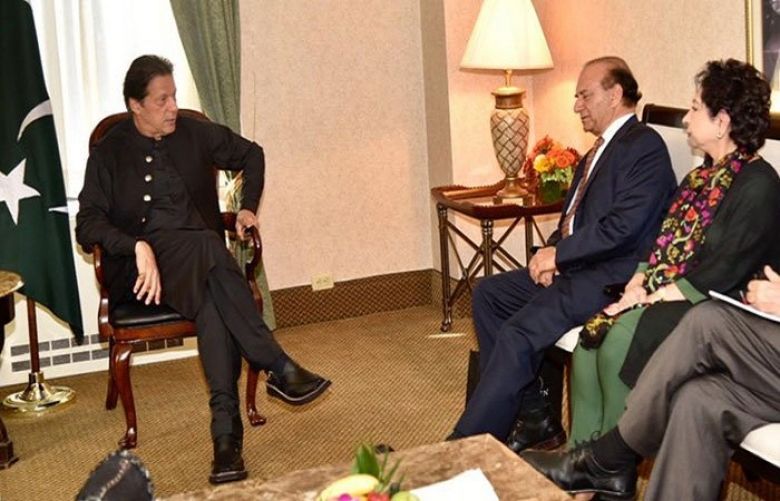 This he stated while meeting with the Founder of Kashmir Study Group Farooq Kathwari, who called on him in New York and discussed the prevailing situation in occupied Kashmir.

Prime Minister highlighted India’s illegal and unilateral actions of 5th August and the inhuman lockdown of over 8 million Kashmiris entering in its 49th consecutive day.

Kathwari on the occasion highlighted the Kashmir Study Group’s earlier engagement on the Jammu and Kashmir dispute and efforts for conflict resolution.

The prime minister directed him to expose the real face of fascist Modi’s regime before the world.

Earlier, Prime Minister Imran Khan had arrived in the United States (US) on a week-long visit to attend the UN General Assembly session and hold high-level meetings with world leaders.