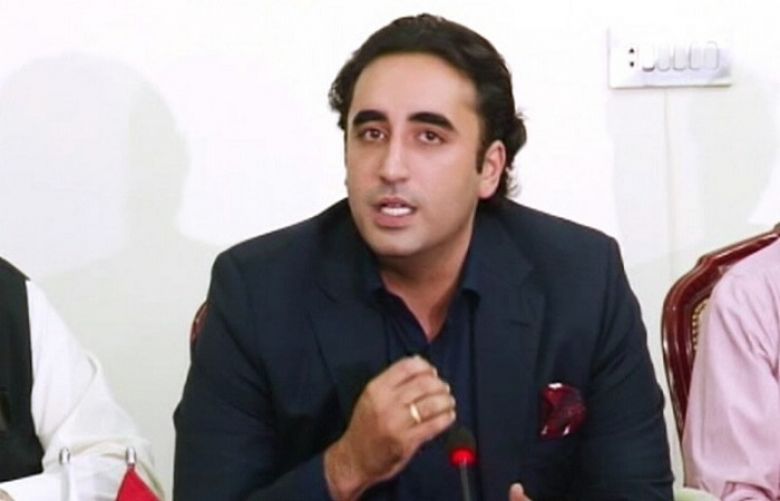 Bilawal, in a statement issued shortly after the National Accountability Bureau's (NAB) Rawalpindi branch arrested the party's senior leader, Khursheed Shah, from Islamabad, condemned the PTI's attempt to launch a witch-hunt against media too after having entangled the Opposition leaders through the anti-graft watchdog.

The way the PTI dealt with opponents and critics was "based on frivolity and falsehoods, the PTI’s narrative is right out of Goebbels’ propaganda playbook”, he said.

According to the NAB's sources, Shah was arrested in a case pertaining to acquiring assets beyond means of income.

Speaking about the media, the PPP chair said the ruling party was "going to go after its critics in the media through these so-called media tribunals" now that the PTI had "found an easy way to imprison its political opponents by unleashing NAB".

Terming the tribunals as "nothing but another way of silencing dissent", Bilawal said the PTI’s social media team followed the exact same path of Indian Prime Minister Narendra Modi's "bhakts" who, he said, discredited and harassed critics online.

"Now, they want to go after media organisations through these special tribunals because the media is exposing select PM’s ineptitude and incompetence," he added.

“We stand for the freedom of media. Pakistan’s media is going through its worst phase of censorship under the Niazi regime. We will not allow them to target the media so blatantly and brazenly.

"Enough is enough. The media fraternity, too, must raise its voice for their own rights. The Opposition firmly stands behind them,” Bilawal stated.