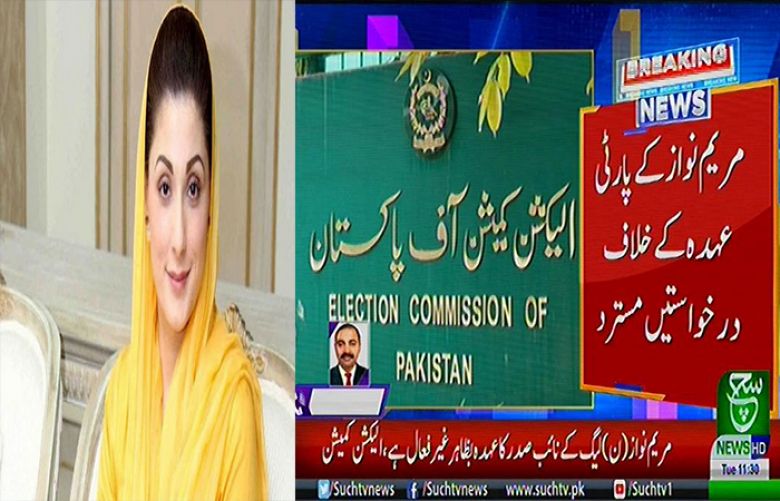 The Election Commission of Pakistan (ECP) on Tuesday ruled that PML-N leader Maryam Nawaz is eligible to hold vice president position in the party.

The petitioners had contended that Maryam could not hold any party position as she was convicted by a court of law on July 6, 2018, in a corruption case (Avenfield reference), filed by the National Accountability Bureau (NAB).