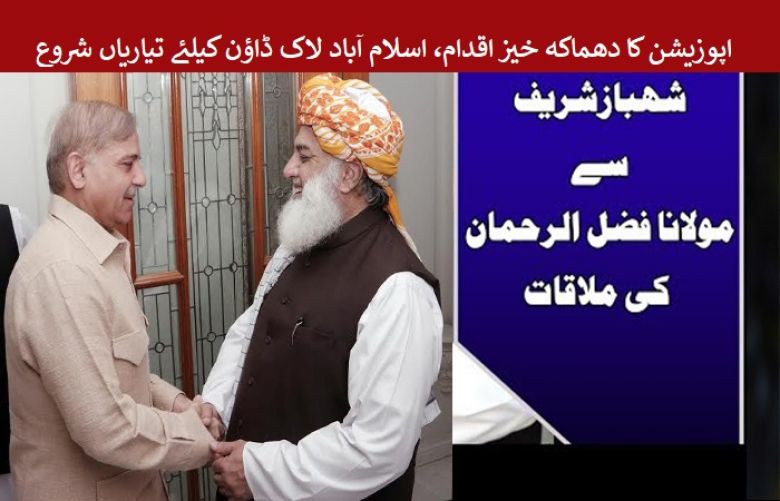 As per details, Shehbaz Sharif and Maulana Fazalurehman met in Lahore to discuss future of incumbent government. Both leaders decided to meet other opposition leaders in this regard.

Talking to media, JUI-F leader Akram Durrani said Azadi March is for 220 million people of Pakistan. He said final decision in this regard would be taken in a meeting of central committee.

PML-N’s Ahsan Iqbal on this occasion said farmers and businessmen are worried and unemployment is rising in the country. He said government has become economic danger for public.