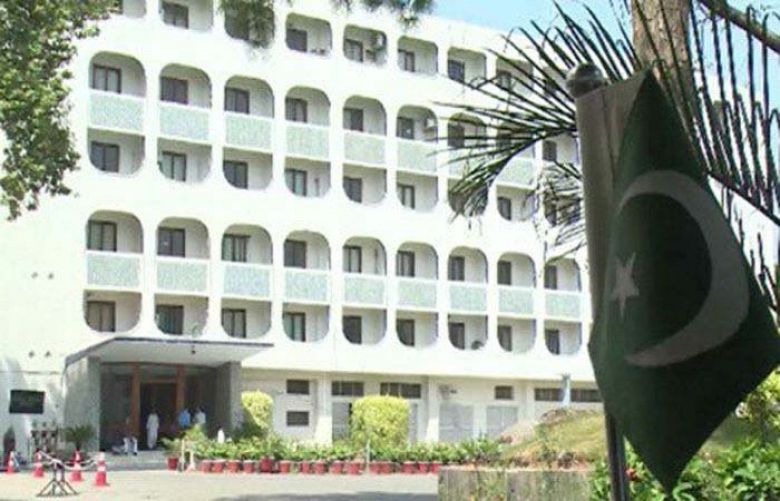 Afghan Charge d' Affaires was summoned to Foreign Office today and a strong demarche was made over the latest incident of firing on a Pakistan military contingent engaged in completion of fencing of Pak-Afghan border.

In a statement on Saturday, Foreign Office strongly condemning the attack, said it was underscored that the Afghan side is responsible for securing the areas on its side of the border, as mutually agreed on several occasions.

Pakistan once again called upon the Afghan government to do the needful to secure the border areas, especially along the sensitive points, to maintain the level of cooperation needed to effectively counter terrorist elements in their areas.

The unprovoked firing resulted in martyrdom of three Pakistani soldiers while seriously injuring one of them.