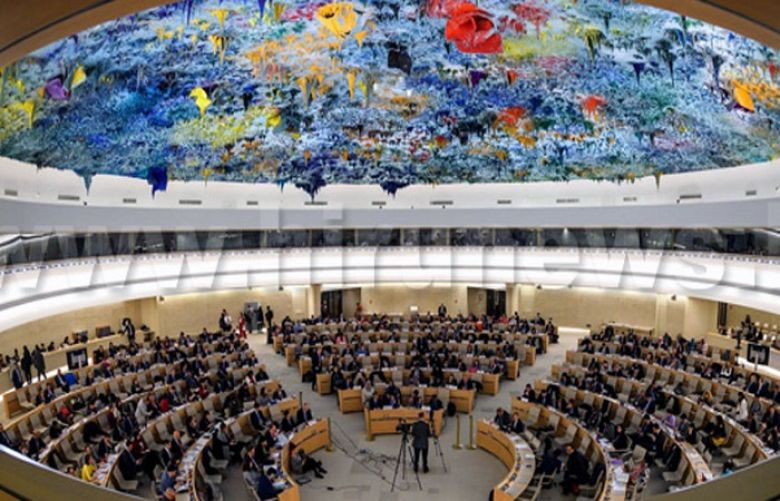 A joint statement delivered at the UN Human Rights Council in Geneva today (Tuesday) by Pakistan on behalf of over 50 countries from across various regions says it shares the concern expressed by the High Commissioner for Human Rights Michelle Bachelet regarding the impact of recent actions on the human rights of Kashmiris.

The statement says the UN Secretary-General Antonio Guterres, the Office of the High Commissioner for Human Rights, UN Special Procedures in their joint press release of 22 August 2019, civil society organizations and international media have repeatedly expressed serious concerns about the unprecedented restrictions and on the continuous curfew imposed since fifth of last month, curbing of fundamental freedoms, communications blackout and reports of wide spread torture, extrajudicial killings, arbitrary arrests, molestation of women, and enforced disappearances.

It quotes UN Secretary-General António Guterres' statement on 8th of last month that said the position of the United Nations on this region is governed by the Charter of the United Nations and applicable Security Council resolutions. This position of the UN Secretary-General has also been corroborated by OHCHR's Kashmir Reports.

It adds that consistent with the UN Charter, Security Council resolutions, and human rights standards and international law, the international community should ask for respect and protection of fundamental human rights of the people of Indian occupied Jammu and Kashmir, especially the right to life, liberty and security; immediate lifting of curfew, ending the communications shutdown and release of arbitrarily detained people; immediate halt to the excessive use of force, especially the use of pellet guns; access of human rights organizations and international media; implementation of the recommendations of OHCHR's Kashmir Reports including the establishment of a UN Commission of Inquiry to investigate egregious human rights violations; and regular reporting by the UN High Commissioner for human rights on Jammu and Kashmir.

It also supports a peaceful resolution of the Jammu and Kashmir dispute through the implementation of the UNSC resolutions.

Meanwhile, Pakistan has expressed its gratitude to the countries which became part of this Joint Statement in support of the people of Kashmir, reinforcing serious concerns of the international community about the unprecedented restrictions, continued curfew and curtailment of fundamental rights and freedom of the Kashmiri population.