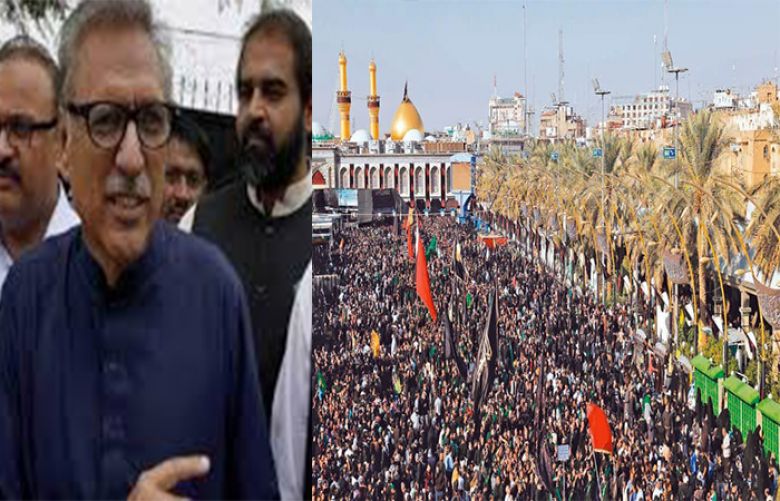 President Arif Alvi has said that Youm-e-Ashur has significant importance in the Islamic history, we should remember ‘Uswah-e-Hussaini’.

“The martyrdom of Hazrat Imam Hussain (may Allah be pleased with him) is a lesson for everyone to never refrain from fighting against terrorism, extremism and intolerant ideology and emphasized on promoting affinity and brotherhood”, the president said in a message to nation on Youm-e-Ashur on 10th Muharram.

President Arif Alvi said the Youm-e-Ashur reminds of the great sacrifices of the martyrs of Karbala, which were rendered for upholding the supremacy of truth and Islam.

“The incident of martyrdom of Hazrat Imam Hussain (AS) acts as a source of guidance for Muslims to not to refrain even from laying down their lives while fighting the elements of oppression and tyranny,” he said.

The President said it is a day when the grandson and family of Prophet Hazrat Muhammad (PBUH) sacrificed their lives in the battle of truth and falsehood and made the lesson of Karbala as a beacon of light for entire humanity in general and for the Muslim Ummah in particular.

“The Karbala incident teaches us the significance of sacrifice in way to attainment of greater objectives. This is the act of staying strong on the righteous path which the history has been regarded as ‘Uswah-e-Shabbiri’,” he said.