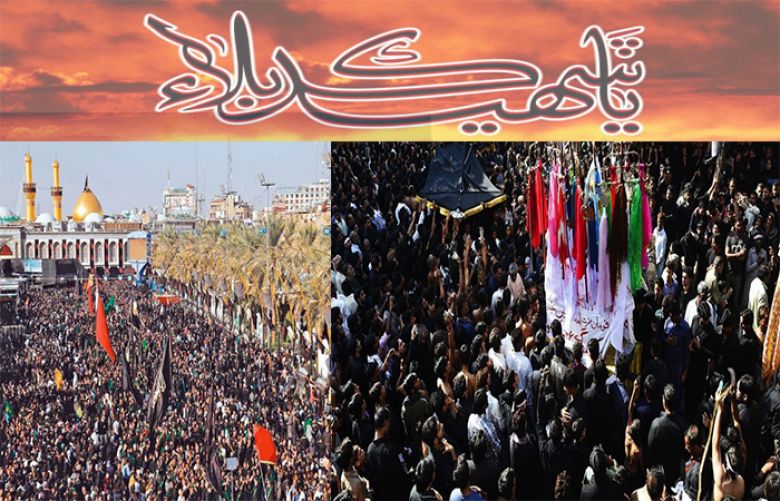 Ashura is being observed across the country with solemnity on Tuesday to pay homage to Imam Husain(AS) and other martyrs of Karbala amid strict security to protect mourners from any untoward incident.

Processions are being carried out in various cities as thousands of security personnel protect the mourners.

In Karachi, the main Ashura procession started at Nishtar Park and will conclude at Hussainian Iranian Imambargah in Kharadar. According to the latest update from the IGP Operations Room at the Central Police Office (CPO), the head of the procession is currently at Regal Chowk. 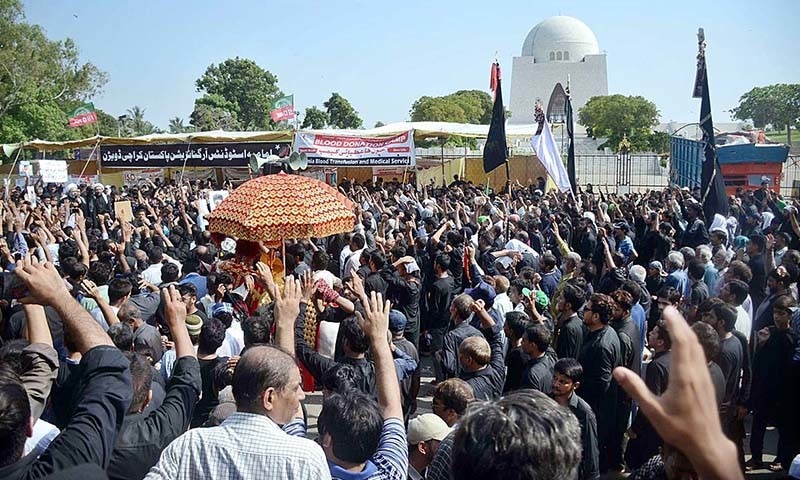 Ahead of Ashura, police and Rangers claimed to have taken all-out measures to ensure security for the main procession to be taken out in the city.

"Foolproof security measures have been made for the main procession of 10th Muharram on Tuesday (today). The procession would start early at around 7:30am and culminate in Kharadar at around 4pm," DIG-East Amir Farooqi had said. 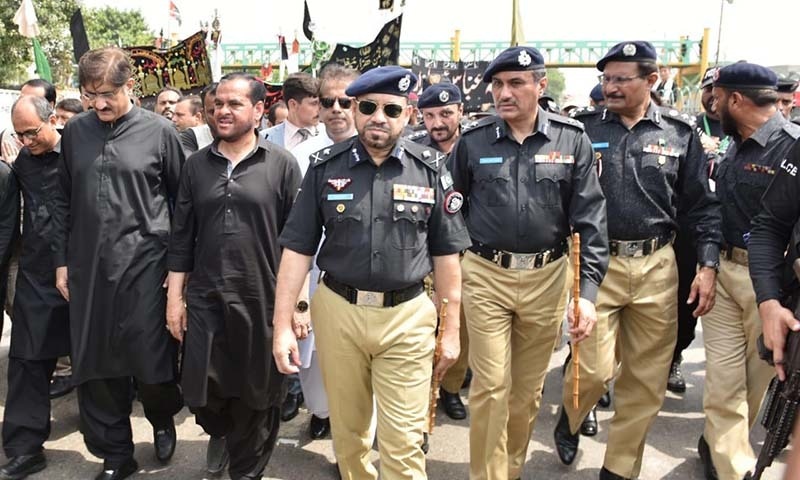 He had said that 7,000 policemen and 3,000 Rangers personnel would be deployed for the security of the procession in the city. Aerial surveillance — through drone cameras — of the main procession would also be carried out.

Officials said that mobile phone service would also be suspended at particular places in the city and other parts of the province on the request of DIGs/commissioners concerned. A ban on pillion-riding is also in place in the metropolis.

In Lahore, the main procession started at Nisar Haveli at midnight and after passing through Mochi Gate, Mori Gate, Wazir Khan Mosque, Paniwala Talaab areas, Namaz-i-Zuhrain will be offered at Rung Mehal.

The procession will culminate at Karbala Gamay Shah. 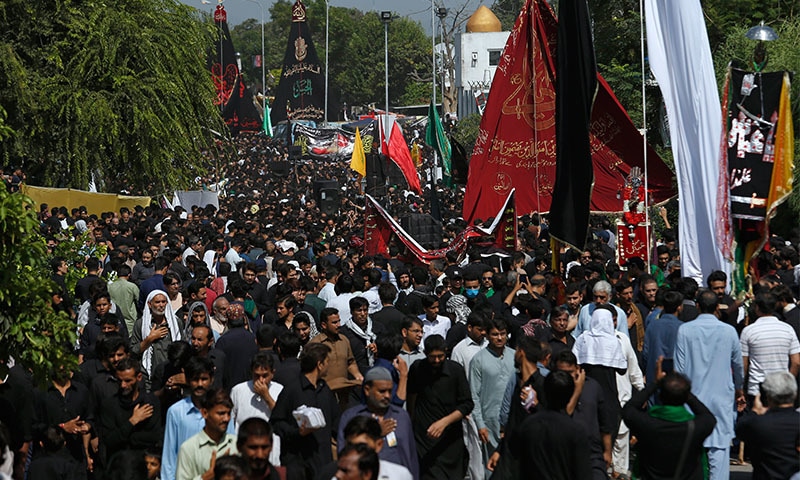 Mobile services have also been suspended in areas where the procession is passing through.

The procession in Quetta has reached the Bacha Khan Chowk area where Namaz-i-Zuhrain is being offered. Amid tight security, the procession started from Alamdar Road and will pass through the traditional routes culminating in the Alamdar Road area of Marriabad.

Tight security arrangements have been made across Balochistan to observe Ashura with over 5,500 policemen deployed to maintain order. Frontier Corps personnel have also been positioned at sensitive locations and at check posts to avoid any untoward incident.

Dozens of small processions were taken out in the city and they all gathered at Alamdar Road.

Earlier, Balochistan Home Minister Mir Ziaullah Langove visited the central police office where a control room has been set up to monitor all processions which would join the main Ashura procession at Panjabi Imambargah.

According to Radio Pakistan, the main procession in Rawalpindi emerged from Imambargah Colonel Maqbool Hussain and will culminate at Imambargah Qadeemi in the Bani area.

The procession routes are dotted with sabeel stalls which are providing water, milk and tea to mourners.

Tight security arrangements have been made with walk-through gates and CCTV cameras installed in order to check the entry and exit of people. Metro bus services have also been suspended in the city.

In Peshawar, the Ashura procession was taken out from Imambargah Agha Syed Ali Shah Rizvi and will conclude at the starting point after passing through the traditional routes.

Mobile phone services have been suspended in the city as part of security measures.