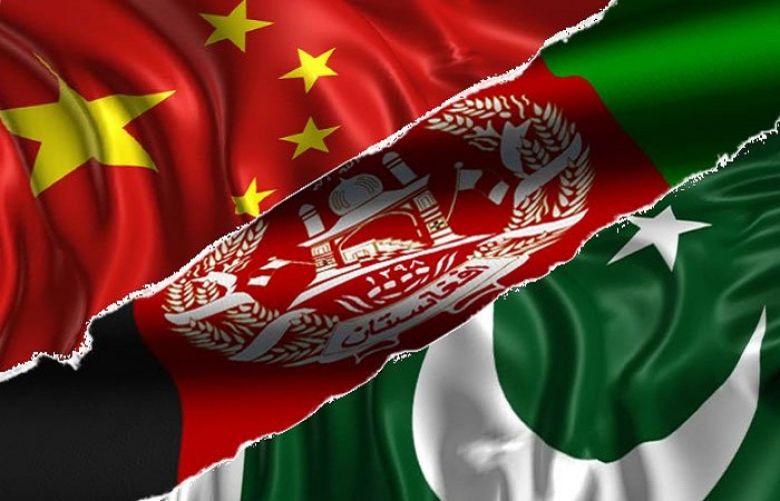 The trilateral talks between Pakistan, Afghanistan and China will be held today (Saturday) in Islamabad to discuss progress thus far made on the Afghan peace process and proposed CPEC expansion to Afghanistan.

According to details, Chinese Foreign Minister Wang Yi is reaching Islamabad today along with his delegation to attend the talks.

Meanwhile, Afghanistan has again reshuffled its delegation now Afghan Foreign Minister Salahuddin Rabbani will attend the meeting as the national security adviser, Hamdullah is leaving for the US along with Afghan President.

Sources said China Pakistan Economic Corridor’s (CPEC) expansion to Afghanistan is part of the agenda to be discussed during the meeting.

The top diplomats from the three countries will also deliberate on the Afghan peace and reconciliation process and progress thus far made in regards to talks with the Taliban.

At a trilateral meeting last year, the foreign ministers of the three countries had reaffirmed their commitment to further strengthening their relations, deepening cooperation and advancing connectivity under the Belt and Road Initiative (BRI), Regional Economic Cooperation Conference on Afghanistan (RECCA) and other regional economic initiatives.