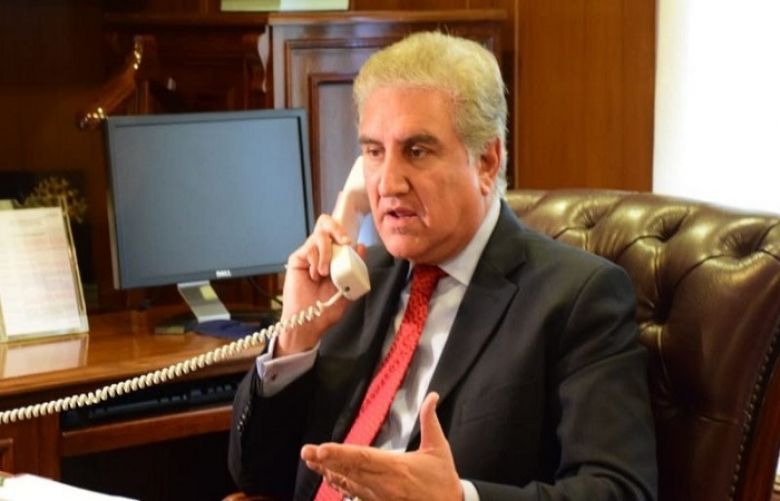 Foreign Minister, Shah Mehmood Qureshi contacted the European Union focal person for Human Rights and apprised him of the atrocities being carried out against innocent people in illegally occupied Kashmir.

Qureshi told the dignitary that life remains paralyzed in occupied Kashmir due to continuation of curfew there over the last month.

The FM said Indian unilateral actions in occupied Kashmir have endangered the regional peace and security.

He said millions of innocent and armless Kashmiri people are looking towards the international community especially the Muslim world to get the Indian atrocities stopped.

Normal life remains crippled in the occupied Kashmir with humanitarian crisis aggravating with each passing day as the strict curfew and communication blackout imposed by the Indian authorities entered 33rd day today.

Earlier on September 3, The European Parliament’s Committee on Foreign Affairs (AFET) had demanded Modi govt to immediately lift the 29-day curfew in occupied Kashmir that has paralysed life across the valley.

Expressing serious concern over the complete communication and media blackout in the IoK, the European Parliament strongly criticised India and its members condemned the behaviour of Modi govt.