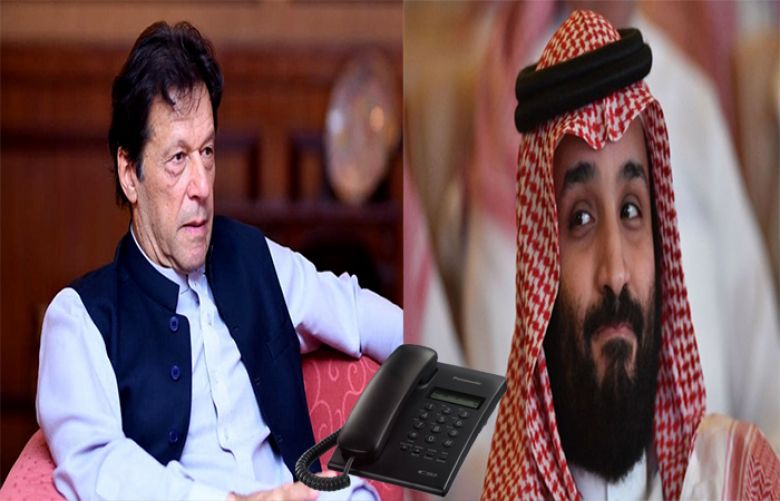 As per details, PM Khan apprised the Saudi crown prince of the recent scenario in the occupied valley.

Both leaders also discussed the entire regional situation during the call.

Earlier on Aug 7, PM Khan had a telephonic conversation with Saudi Crown Prince Mohammed bin Salman bin Abdulaziz and told him about the worsening situation in the held valley amid Modi government’s move to strip it (IoK) of its special status on Aug 5.

Since August 4, an unprecedented communications blockade and a strict curfew have been imposed in the occupied territory, cutting the region from the rest of the world and preventing contact within Kashmir and with the outside world for the 16th consecutive day today.

Due to severe blockade, a famine-like situation is emerging as people are facing a severe shortage of essential commodities including baby food and life-saving medicines, as per Kashmir Media Service.