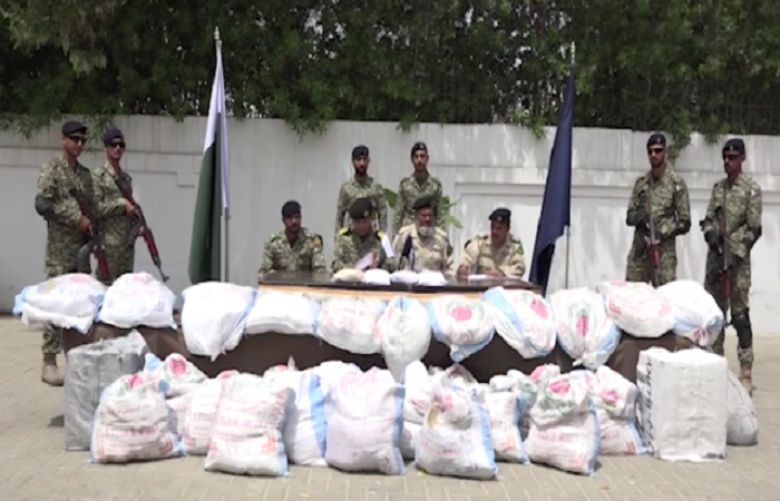 Pakistan Navy in a successful intelligence based operation captured 1600 kilograms of Hashish, a spokesperson of the force said in a statement on Wednesday.

The navy in an anti-narcotics operation captured large haul of hashish near Gwadar, statement said.

According to details the value of the recovered hashish is equal to approximately 32 million dollars.

The operation highlights Pakistan Navy’s resolve to protect the sea limits of Pakistan, the statement added.

Pakistan Navy in an operation in July near Karachi had captured large haul of hashish and heroin from a vessel near Mubarak Village.

The spokesman for Pakistan Navy in a statement said that the intricate operation was done in collaboration with the Anti Narcotics Force (ANF) who constantly kept a check on the suspected vessel and the entire operation as a whole.

Spokesman also said that the operation was testament to the ability and capability of Pakistan Navy and its resolve to keep the seaways of Pakistan clean of any criminal activity or misadventure.

In conclusion he added that Pakistan Navy was ready, willing and able to carry on performing their duties with vigilance and integrity.