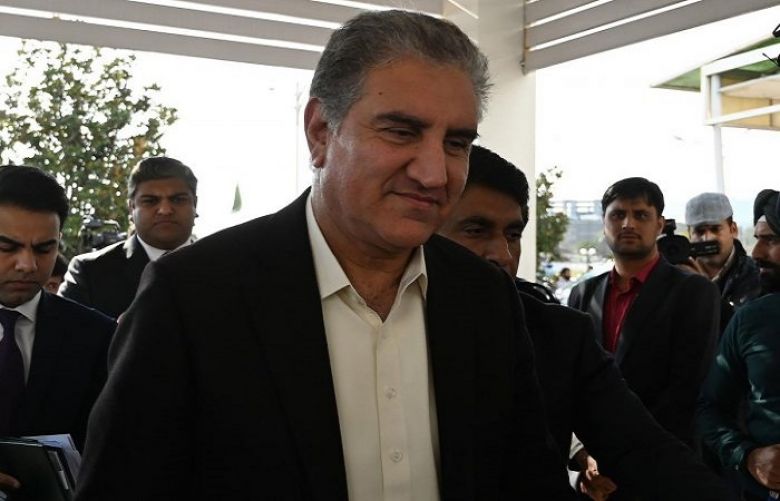 Foreign Minister Shah Mehmood Qureshi returned to Pakistan after postponing his religious obligations to do his national duty in times of crisis, on Wednesday.

The Foreign Minister came back from Jeddah today morning where he had gone earlier to perform his pre-scheduled Hajj.

The Minister is scheduled to appear in the joint parliamentary session today amidst the rapidly changing regional scenario.

He was addressing an emergency meeting of the Organisation of Islamic Cooperation (OIC) Contact Group in Jeddah called to discuss developments in the wake of India’s move to revoke Article 370 of its constitution that stripped the held territory of its special rights.

“Abolishing Article 370 and 35-A by Indian parliament is a flagrant violation of international laws,” Qureshi said.

He lamented that thousands of Kashmiris had been martyred by Indian forces in the occupied territory since 1989.

The foreign minister said the deployment of more troops, closure of educational institutions and imposition of emergency like measures by India in held Kashmir, which is the most militarised region in the world, lay bare malevolent intentions of India.

He said he had brought the attention of the United Nations Security Council and General Secretary OIC to the apprehensions of Pakistan regarding the measures and steps taken by India. He added India’s steps can endanger peace in South Asia.

FM Qureshi urged the participants of the meeting to pay immediate attention towards this issue.

The delegations from Pakistan, Saudi Arabia, Azerbaijan, Turkey, and other member countries participated in the meeting.