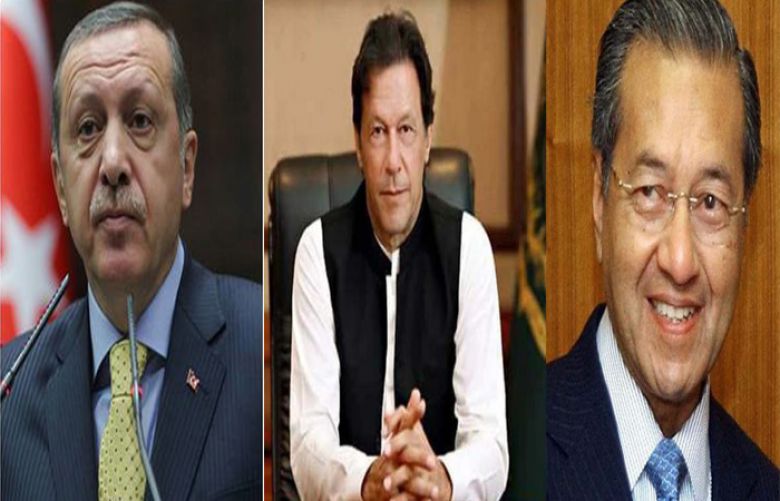 Prime Minister Imran Khan in separate telephonic conversations with his Malaysian counterpart and Turkish President, said illegal Indian move in occupied Kashmir will worsen peace and security of the region.

In a telephonic conversation with his Malaysian counterpart Dr Mahathir bin Mohamad, the Prime Minister said that India’s announcement regarding the status of the Occupied Jammu and Kashmir is clear violation of the United Nations Security Council resolutions.

In another telephonic conversation with Turkish President Recep Tayyip Erdogan, Imran Khan reiterated Pakistan's diplomatic, moral and political support to the just cause of Kashmiri struggle for their right to self-determination, as enshrined in the UN resolutions.

He said India's illegal actions to modify the special status of the Occupied Kashmir will have serious implications for the regional peace and security.