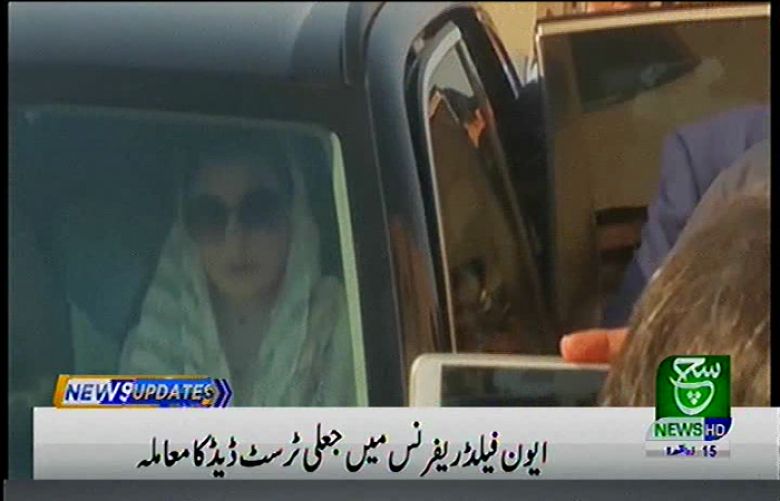 Maryam Nawaz appeared before the court of Judge Muhammad Bashir amid tight security around the Judicial Complex.

NAB Prosecutor Sardar Muzaffar Abbasi in his arguments said the matter of presenting fake trust deed in the Avenfield reference falls in the ambit of the court. Abbasi read the court’s judgement in the reference.

The AC judge announcing the reserved judgment dismissed the plea, declaring it inadmissible for hearing.

Strict security measures were put in place around the Judicial Complex.

All unauthorized persons were banned from entering the court premises to avert the occurrence of any mishap.

According to the NAB, the deed presented by Maryam Nawaz proved fake. The PML-N leader during the hearing of the Avenfield reference had presented the trust deed of the Nescoll and Nielson Limited companies, showing her trusty, which proved as fake.

Last year, the Accountability court had recorded the statement of principal witness in the Calibri font case against Maryam Nawaz Sharif.

Speaking about the use of Calibri font in the documents submitted by Maryam, Radley reiterated that the font was not commercially available before 2007.

When asked by Sharif’s counsel whether it was true that 10,000 people had been using Calibri font before 2007, Radley had said that those 10,000 had not been using the font; in fact they had been testing the software of which Calibri was a part. The font became available for public use on January 31, 2007, he had said.

An accountability court on July 6, 2018 sentenced the Pakistan Muslim League Nawaz (PML-N) supremo to 10 years in prison and imposed a fine of £8 million after finding him guilty on different charges in the Avenfield properties case.

Judge Muhammad Bashir also handed out seven-year imprisonment to Maryam and fined her £2 million whereas her husband Safdar was awarded a one-year jail term.