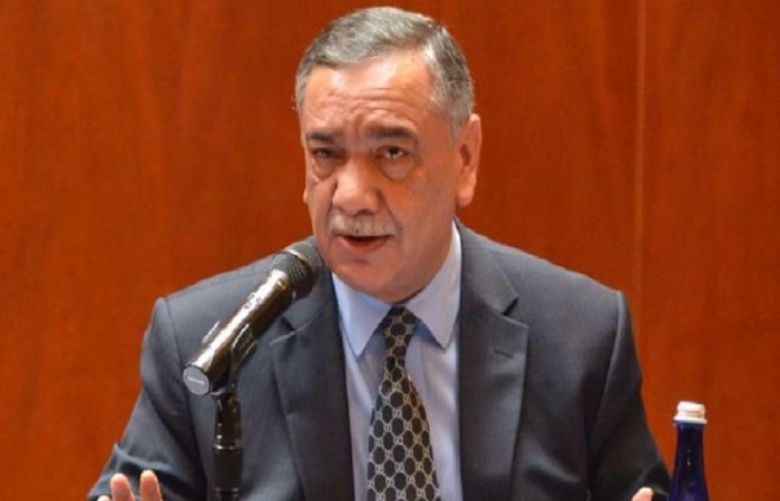 The Supreme Court of Pakistan has taken up the case over the video scandal allegedly involving accountability court judge Arshad Malik.

The case has been fixed for hearing by a three-judge bench of the apex court led by Chief Justice of Pakistan Justice Asif Saeed Khan Khosa on July 16.

The Supreme Court took up the case on a petition submitted by a citizen named Ishtiaq Ahmed, who appealed to the apex court for an independent judicial inquiry of the video scandal.

Earlier on Friday, the federal government relieved Arshad Malik from his duties as a judge of the accountability court on a request by the Islamabad High Court (IHC) following his alleged involvement in the controversial video scandal.

"The recent development i.e. releasing of videos, issuing of press release by the Registrar, Accountability Court-II, Islamabad and affidavit submitted by the incumbent judge narrating his versions require his immediate removal. He may be removed/relieved from his duties by the competent authority," the IHC had requested the government in a letter to the Ministry of Law and Justice.

Federal Minister for Law and Justice Farogh Nasim confirmed the judge's removal from duties in a press conference in Islamabad here today.

He said the judge claimed in his affidavit submitted to the IHC that he had issued the verdict in the Al-Azizia corruption case without any pressure of intimidation. "The law ministry and government are standing by the judiciary. The government will not victimise anyone or take sides but will not tolerate manipulation of judiciary either," he added.

Earlier in the day, judge Malik had written a letter to the IHC refuting Pakistan Muslim League-Nawaz (PML-N) leader Maryam Nawaz's allegations and the video purportedly showing him admitting to a lack of evidence against former Prime Minister Nawaz Sharif in the Al-Azizia Steel Mills reference. The accountability court judge had sentenced Nawaz Sharif to seven years in prison in the same corruption case in December.

In the affidavit submitted to the IHC, Malik denied the contents of the video and termed them as edited, fabricated, and produced with an aim to defame him.

According to an IHC spokesperson, acting IHC Chief Justice Amir Farooq received judge Malik's letter and then decided to request the law ministry to remove him from the post.

The spokesperson further said that, on the orders of IHC Chief Justice Aamer Farooq, judge Malik's affidavit and letter has been made part of Nawaz Sharif's acquittal plea. Sources said the IHC chief justice had summoned judge Malik two to three times and questioned him regarding the controversy.

Sources said judge Malik was asked about meeting PML-N worker Nasir Butt and others, however, he failed to satisfy the chief justice with his answers.

Maryam alleged that the judge had contacted Nasir Butt, a PML-N worker, and told him that he was feeling guilty and having nightmares ever since he announced the verdict that led to Nawaz Sharif's imprisonment. The judge was "blackmailed" into handing down the sentence against Nawaz Sharif after some people threatened that they would release a private video of his, she alleged.

She claimed the judge was under immense pressure to send the former prime minister to jail, and that he had contemplated committing suicide several times since. She said the judge did not write the verdict but "was made to write" the prison sentence for Nawaz Sharif.

Responding to the allegations, the accountability court judge has called the video presented by the PML-N as fake and fallacious. He has demanded legal action against those involved in producing the video tape.