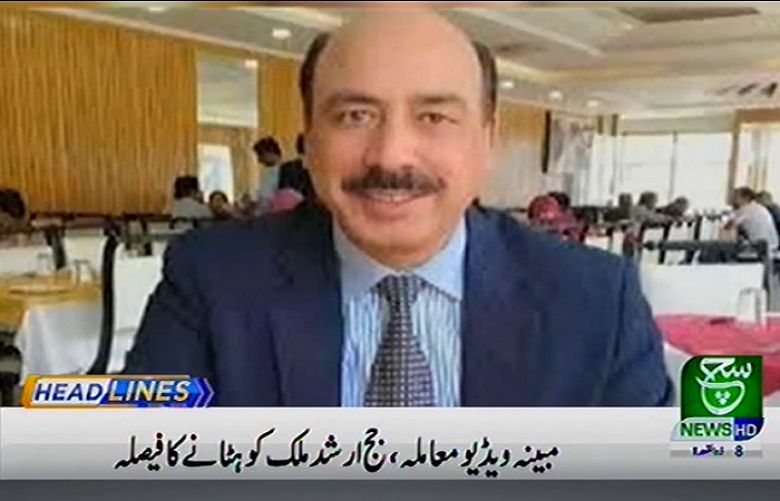 A spokesperson of the law ministry announced the decision of the judge’s removal in light of the ongoing ‘video leak’ controversy.

The Chief Justice of the Islamabad High Court in a letter has requested the Ministry of Law to remove Judge Arshad Malik from his duties till a decision on the controversy is revealed.

Earlier, a meeting between the Chief Justice of Pakistan, Justice Asif Saeed Khosa and Justice Amir Farooq pertaining to the recent video leak scandal of a senior judge took place, on Jully 11.

According to sources, an important meeting in the chambers of the Chief Justice of Pakistan took place with regards to Justice Arshad Malik’s controversial tape leaked earlier by the Pakistan Muslim League Nawaz (PML-N) in a press conference.

The registrar of the Supreme Court has also been revealed by sources as a witness to the meeting in the chambers.

The sources also claimed that the Prime Minister of Pakistan Imran Khan had asked the judiciary to take up the case and come up with a justified conclusion to the conundrum.

Addressing a press conference alongside top PML-N leadership on July 6, Maryam Nawaz showed reporters a video in which accountability court judge Arshad Malik can be heard saying that there was “no proof of corruption against the deposed premier” in the Al-Azizia reference.

A day earlier on July 10, Accountability Court Judge Arshad Malik, who sentenced former prime minister Nawaz Sharif to jail had denied Maryam Nawaz’s allegations that the judge was blackmailed into convicting Nawaz without any evidence.