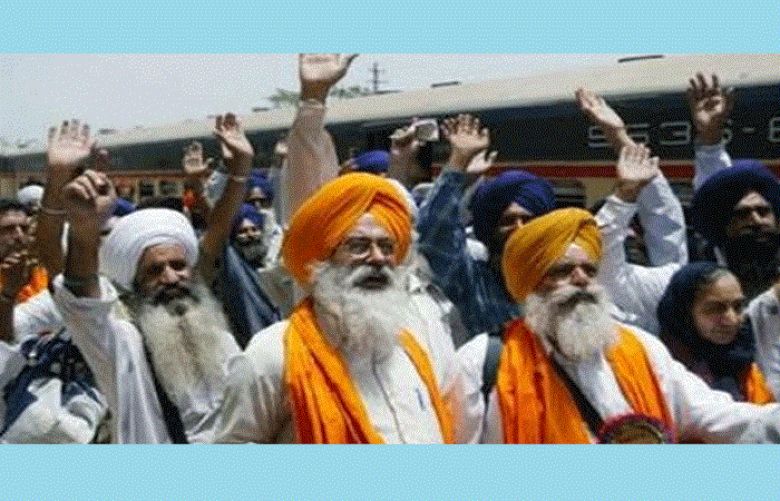 As many as 394 Sikh pilgrims have reached Pakistan to participate in Maharaja Ranjit Singh’s three-day death anniversary in Nankana Sahib.

Maharaja Ranjit Singh is known as the first ruler of the Sikh empire who came to power in the Indian subcontinent in the early 19th century.

The Sikh pilgrims reached Pakistan through a special train and were welcomed by the officials of the district administration.

Talking to the newsmen on the occasion, the Sikh Pilgrims expressed their appreciation towards the Pakistan Sikh Gurdawa Parbandhak Committee and local administration for facilitating their visit.

On June 28, a life-sized sculpture of Ranjit Singh was unveiled at the Lahore Fort’s historic Mai Jindan Haveli. The haveli was named after Ranjit Singh’s youngest queen and holds features a permanent exhibition of artifacts belonging to the Maharaja.