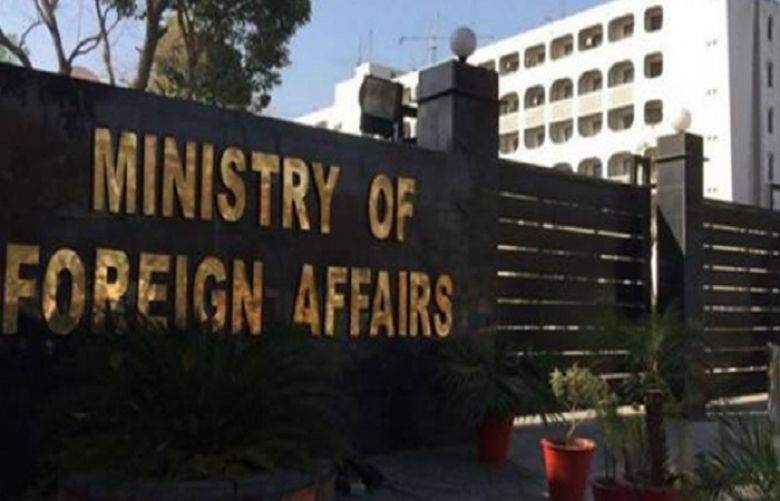 Pakistan on Friday rejected a report by the US State Department on International Religious Freedom, calling it a “compendium of unsubstantiated and biased assertions.”

According to a statement issued by the Foreign Office, “The report's segment on Pakistan is a compendium of unsubstantiated and biased assertions. As a matter of principle, Pakistan does not support such national reports making observations on the internal affairs of sovereign States. Pakistan, therefore, rejects these observations.”

“Pakistan is a multi-religious, multi-cultural and pluralistic society where people of different faiths are living together. Their contributions to society add to its richness and diversity. Their rights are guaranteed under the Constitution of Pakistan. These constitutional guarantees are underwritten by a vigilant judiciary that has demonstrated resolve to protect the fundamental rights — including religious freedoms — in recent high profile cases,” the FO added.

The foreign office further said Pakistan is implementing a comprehensive “National Action Plan on Human Rights” which focuses on, policy and legal reforms, access to justice, implement key human rights priorities, implementation of international and UN treaties and the implementation and monitoring mechanism for the Action Plan.

“The funds to the tune of PKR 750 Million have been allocated for implementation of the Plan,” the statement said.

The statement further said, Pakistan has always played a positive role and engaged the international community including the US. “With a view to have better and mutual understanding of the issue of religious freedoms, which are under stress around the world. Pakistan is of the view that all countries are obliged to promote religious harmony and have a duty to protect their citizens in accordance with national laws and international norms,” the statement said.

The statement added that a glaring discriminatory aspect of the report is that it has ignored the systematic persecution of minorities, particularly Muslims, in India, and especially Indian occupied Kashmir where they are subjected to alien domination and foreign occupation.

“Pakistan has often raised its own concerns internationally including with the Western governments and the US over the growing trend of Islamophobia in their own countries. At the United Nations, OIC and other platforms, Pakistan will continue to be part of global efforts to combat religious intolerance, discrimination based on religion and belief and Islamophobia,” the foreign office added.