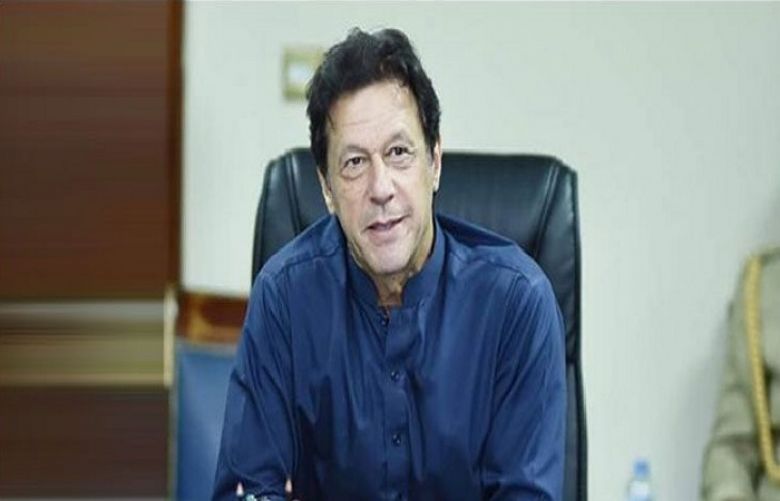 Prime Minister Imran Khan said Pakistan is at a "crossroads" as he was speaking to media on the government's asset declaration scheme.

"There is an English word: 'crossroads'," Khan said. "We pay the least tax. In the past 10 years, we took many loans" and a lot of the expenditure "goes in the interest on those taxes."

"We need to get out of this quicksand. We have to change ourselves," the premier said.

"In the 60s, Pakistan was on the rise," he said, but "we don't pay taxes. There's too much corruption here."

"However, I promise it would definitely be spent on them."

The PM gave two assurances during his comments: That "tax will be spent on the welfare of the people" and "nobody will be allowed to harass the tax-payers".

"I hope that the people who give charity [one of the top five countries] will also give tax. Pay your taxes and make your life easy," he said, further reiterating his appeal by stressing that half of the money collected through the taxes had gone to debt-servicing

In response to a question about extending the date, he said no extension will be given but Sunday will be open to facilitate people. Khan emphasised that payments could be made later but the declarations had to be made by June 30.

Khan also made a special appeal to the people, saying he wished for people to unite like they do at times of floods and earthquakes. "At least register by [June] 30, even if you cannot make payments now.

"Instalments will also be given [but] no extension after June 30," he said.

Further, he clarified that non-custom-paid vehicles were not included in the scheme but those vehicles that were custom-paid but not declared can be declared.

Speaking of the Pakistan Tehreek-e-Insaf (PTI) leadership and its accomplishments, Khan said: "The information the government has today, no government had it previously.

"Benami [unnamed] property will be confiscated in addition to other punishment," he stressed. "We will be compelled to punish people and award them sentences."

At present, there is "money-laundering of $10 billion each year".

The PM explained that the government was looking at how some elements were getting away with smuggling in the tribal areas and Balochistan.

The prime minister also took questions from the chambers of commerce from around Pakistan, with that of Lahore requesting Khan to ease the conditions for businesses by bringing down the interest rate.

"Our aim is simple. We are connecting citizens with their governors and representatives who will answer the citizen's connections. We are the facilitators and the middlemen whose job is to conduct people," the premier said.

"Here questions will be asked by the people. We can only encourage them to ask questions and avail the opportunity to clear their understandings and also encourage the representatives and the governors of the country to take the chance and clarify the solutions you have created for the problem in the hope of saving the country.

"One this is for sure: our tax collection rate is the lowest in the world and Pakistan can't continue as a state with this current state of affairs!"

PM Khan told the businessfolk that to return the loans, "we will generate wealth from within Pakistan" which is "we have to face some difficult time".

He said his government would be willing to implement suggestions if people "give good advice".

"Give a projection about how much you will have in hand," Khan added.