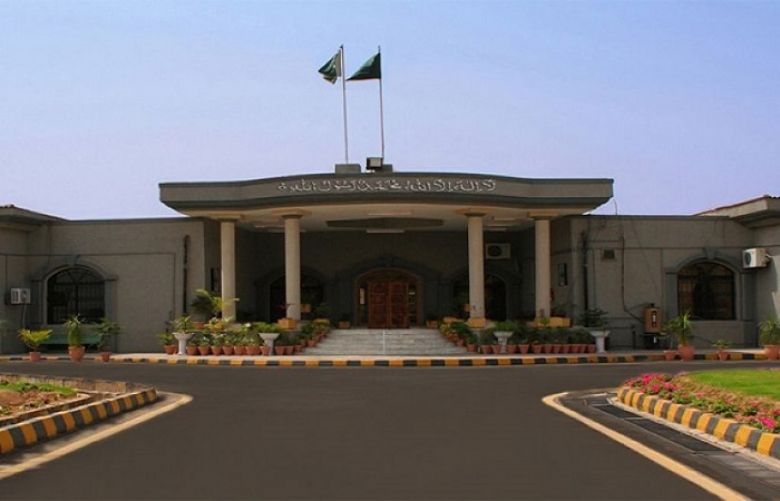 The IHC’s Chief Justice Athar Minallah issued a 12-page written sentence today, according to which it is mandatory to take arbitration council’s permission prior to second marriage.

"A man who intends to contract another marriage during the subsistence of an existing marriage has to observe the procedure and fulfill the conditions prescribed by the legislature otherwise the consequences of imprisonment or fine or both could ensue," the court ruled.

According to Muslim Family Laws Ordinance, 1961: "During the subsistence of an existing marriage, no man shall contract another marriage except with the previous permission in writing of the arbitration council."

The IHC was hearing a case pertaining to a Kashmiri citizen Liaquat Ali Mir’s acquittal, declaring its earlier decision null and void.

The court said that under the Muslim Family Law Ordinance 1961, the person doing second marriage without permission is liable to punishment and fine.

"The factors required to be taken into consideration by the Arbitration Council in granting permission for contracting a subsequent marriage have been prescribed in sub sections (2), (3) and (4) of section 6 of the Ordinance of 1961."

"A husband who contracts another marriage during the subsistence of an earlier one in contravention of the provisions of the Ordinance of 1961 definitely exposes himself of the risk of being imprisoned or fined or to both,"ruled the court, making it mandatory to obtain permission from the Arbitration Council for an already married man before contracting a subsequent marriage.

In the decision, it was made clear that despite the first wife’s agreement if the arbitration council disagrees with the decision then the person will be liable to punishment.

The high court said that Additional Session judge will decide Mir’s case on the basis of merit.

It is important to mention that the Islamabad magistrate had sentenced Azad Kashmir’s local Liaquat Ali in the case. Ali had done love marriage in 2011 and then remarried in 2013 without the permission of the arbitration council and first wife Dilshad Bibi.