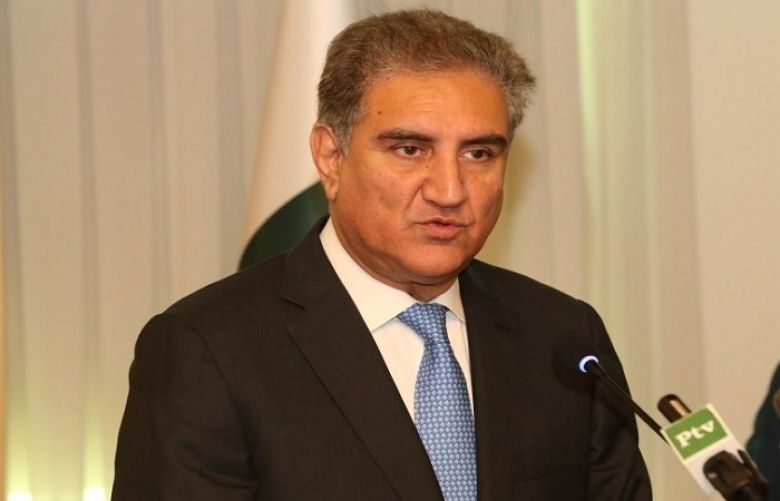 He said we are determined to build our bilateral relationship on the principles of non-interference, mutual respect and common interest.

Shah Mahmood Qureshi said after the Afghan nation, no one has suffered more than the people of Pakistan due to this persistent instability and conflict. Advancing the cause of peace and stability in Afghanistan is, therefore, in Pakistan's own national interest.

He said we wish to see a friendly Afghanistan, governed by an elected leadership, representative of the aspirations of all Afghans.

The Foreign Minister said for far too long, the vicious circle of mistrust, often fed into by our common enemies, has affected our relationship. The blame-game has not helped either of us. It is indispensible to move away from this negative paradigm.

He said it is incumbent upon the leadership of the two countries to take practical steps to build mutual trust and confidence.

He said the two countries must not allow their respective territories to be used by anyone to the detriment of our interests.

He said Pakistan and Afghanistan have the same objective of long-term peace and prosperity in Afghanistan and the region.

Shah Mahmood Qureshi said while others believed in a military solution to the conflict in Afghanistan, we always thought that a politically negotiated settlement is the only way forward. It is gratifying to note that others have also reached the same conclusion now.

The Foreign Minister said Pakistan has whole-heartedly facilitated the Afghan peace process in good faith and as a shared responsibility and will continue playing its due role.

He said our support has been crucial in overcoming the political stalemate that looked impossible to break just a year ago.

The Minister said in addition to playing our role in the peace process, Pakistan also remains committed to the Afghan reconstruction and development efforts, post-settlement.

He said we stand ready to help Afghanistan through trade, investment, connectivity and capacity-building of the Afghan people.

We are committed to enhancing people-to-people contacts and cultural exchanges.

He said Pakistan also wishes to work with Afghanistan, and the world community, to help create conditions that enable dignified, safe and voluntary return of Afghan refugees to Afghanistan.