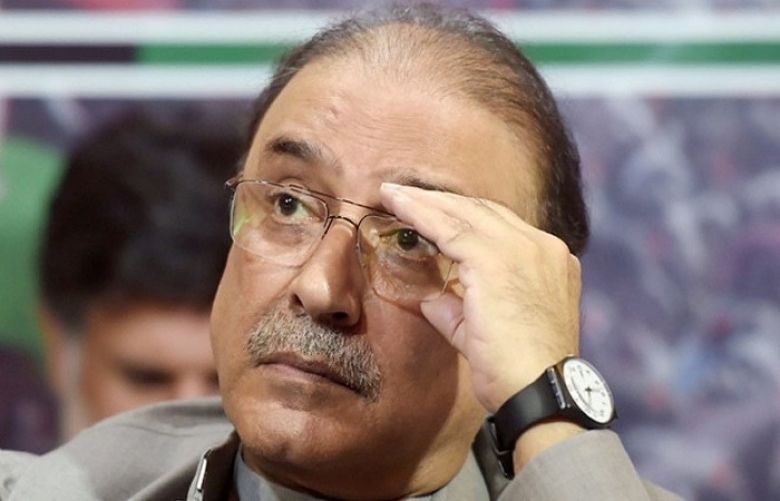 Detailed verdict in the bail plea of former president Asif Ali Zardari and Faryal Talpur rejected by the Islamabad High Court (IHC), in fake bank accounts case has been issued on Tuesday.

A seven-page detailed verdict has been issued with the signatures of Justice Aamir Farooq and Justice Mohsin Akhtar Kiani.

According to the IHC verdict, the bail plea of Pakistan People’s Party (PPP) co-Chairman Asif Ali Zardari was rejected on merit.

“The furnishing of a bond under section 90 Cr.P.C is not a bar for NAB to arrest petitioners for investigation of the case as the bond is submitted only for a personal appearance before the court”, the verdict read.

Furthermore, the verdict said, the Chairman NAB has no lawful authority to execute warrants of arrest.