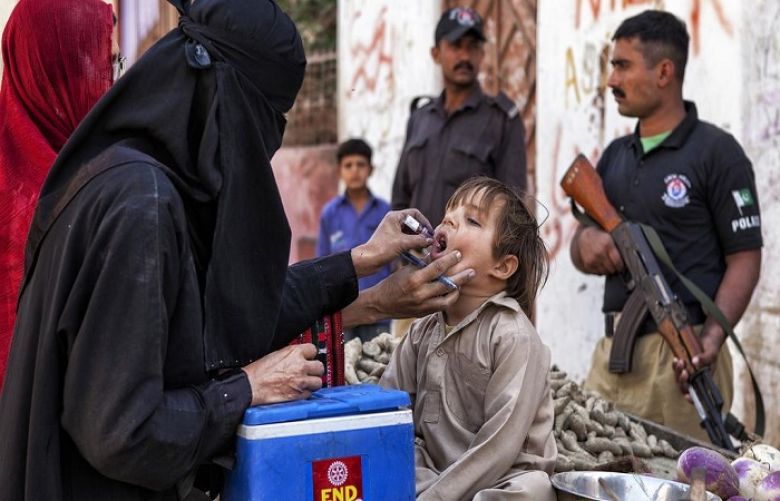 A three-day anti-polio campaign commenced on Monday across Sindh and selected districts of Punjab and Balochistan, Radio Pakistan reported.

In Sindh, around 5.5 million children under five years of age will be vaccinated against poliovirus during the campaign.

The campaign will continue for a week in all six districts of Karachi while it will end on June 20 in the remaining districts of Sindh.

In Punjab, the anti-polio drive was underway in seven sensitive districts of the province, including Lahore, Multan, Dera Ghazi Khan, Rawalpindi, Mianwali, Bhakkar and Sheikhupura.

According to Polio Programme Incharge Salman Ghani, over 4.3 million children will be administered anti-polio vaccine during the campaign.

In Balochistan, more than 1.3 million children up to five years of age will be administered the anti-polio vaccine in 13 districts during the three-day anti-polio campaign.

Pakistan is one of just three countries in the world, along with Afghanistan and Nigeria that have endemic polio, a once-common childhood virus that can cause paralysis or death.

The country’s success follows an intense programme based around vaccinating vulnerable children.