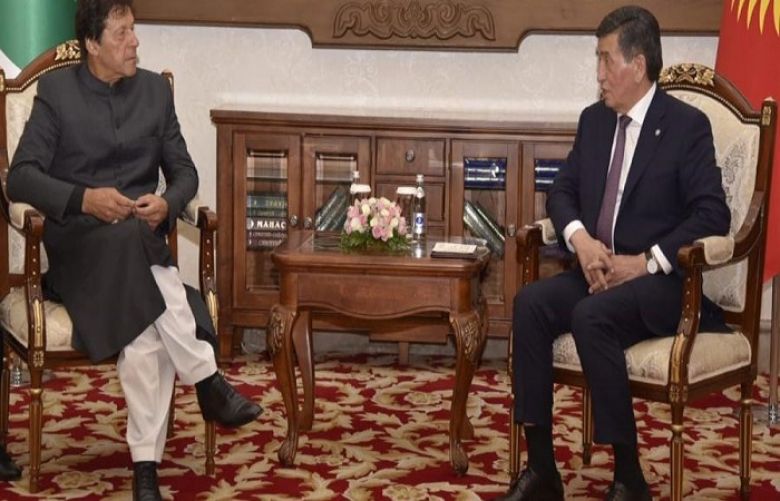 Pakistan and Kyrgyzstan agreed to enhance bilateral cooperation in diverse fields, including land, air connectivity and tourism between the two countries.

According to the details, the agreement was reached at a meeting between Prime Minister Imran Khan and Kyrgyz President Sooronbay Sharipovich Jeenbekov on the sidelines of the Shanghai Cooperation Organisation summit in Bishkek on Thursday.

Both the leaders reviewed bilateral relations and agreed to comprehensively upgrade mutual cooperation in diverse fields.

Earlier in the day, Prime Minister Imran Khan reached Bishkek, Kyrgyzstan to attend the 19th meeting of the Council of the Heads of State of the Shanghai Cooperation Organization (SCO).

On the invitation of Kyrgyz President Sooronbay Jeenbekov, Prime Minister Khan was attending the two-day summit.