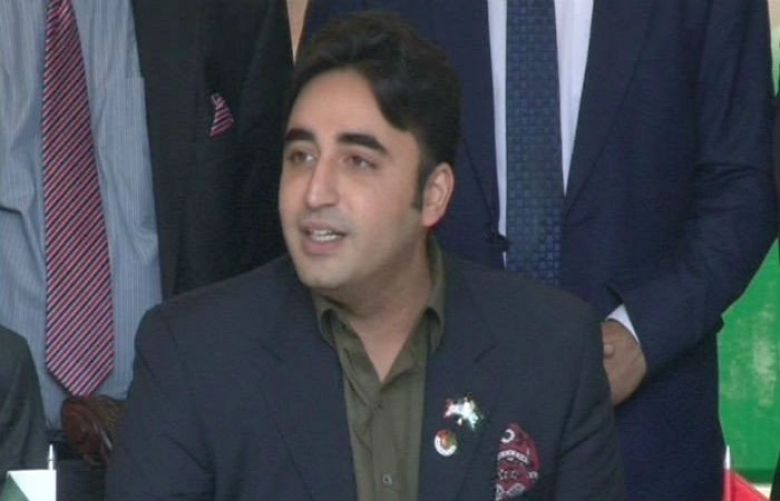 Chairman of Pakistan Peoples Party (PPP) Bilawal Bhutto Zardari on Wednesday highlighted how most of the democratic leadership was behind bars but “banned organisations, good taliban and minister who facilitated terrorist” roamed free.

Bilawal Bhutto Zardari further alleged in a scathing tweet that the “priority of the state is to crush democratic civilian voices while continuing to coddle and harbor terrorists and extremists.”

While democratic civilian leadership have been arrested banned organizations, good taliban and minister who facilitated terrorist roam free. Clearly priority of the state is to crush democratic civilian voices while continuing to coddle & harbor terrorists & extremists.

On June 11, Bilawal stated that the government is trying to distract the masses from the rising inflation by arresting political opponents under the garb of accountability.

Pakistan Muslim League-Nawaz (PML-N) leader Shehbaz Sharif was also at the meeting and stated that the government was trying to distract the public by creating noise in the form of accountability.