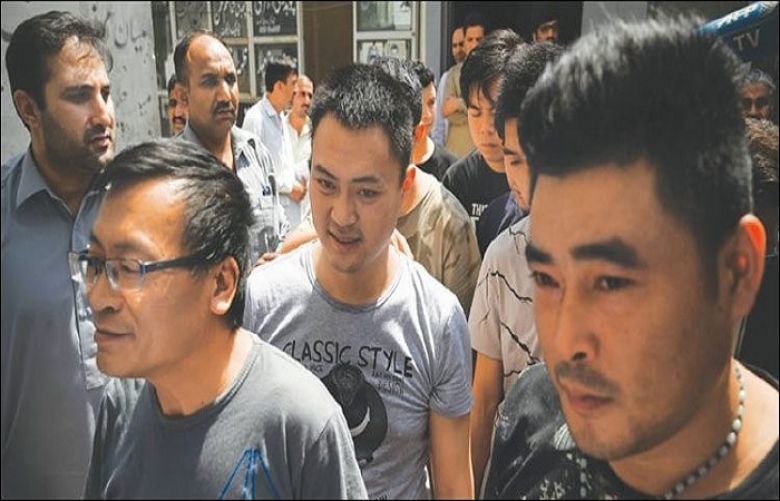 A local court on Monday extended judicial remand of Chinese nationals in a case pertaining to alleged fake marriages with Pakistani girls.

According to details, FIA had launched a crackdown against Chinese nationals following media reports about mistreatment and sexual exploitation of Pakistani women in China after their marriage with Chinese nationals.

The Chinese nationals and the local agent were presented in the court of Civil Judge, who extended the judicial remand of the accused for 14 days.

The court later adjourned the hearing of the case till June 24.

Earlier, the Federal Investigation Agency (FIA) had revealed that fake religion certificates were used for marriages of Chinese citizens with Pakistani brides.

According to FIA officials, it was found that the gang member comprising of Chinese nationals have prepared fake religion certificates to deceive Pakistani families.

It was revealed that several fake marriage registration certificates were also generated in concerned Union Councils (UCs) of Christian girls who had married to the Chinese men.

Earlier, the Lahore court had rejected bail pleas of eleven Chinese nationals in the Pakistani bride trafficking case on May 16.

Judicial Magistrate Amir Raza, however, approved the bail of their local facilitators  Ansar and Shaukat.