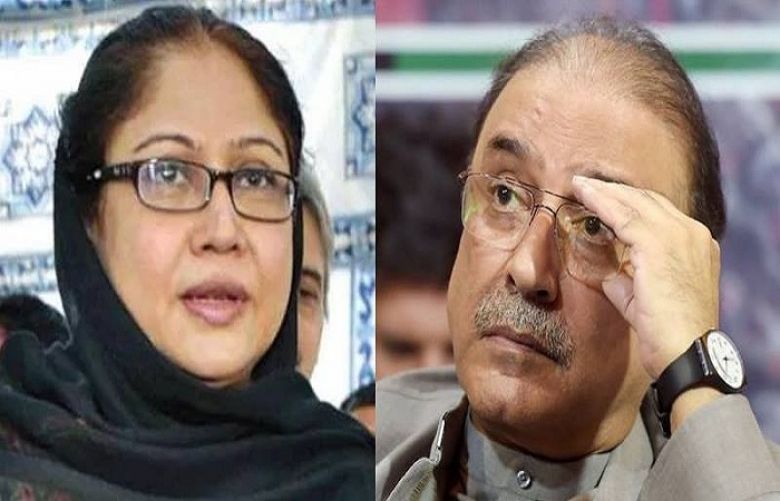 The Islamabad High Court (IHC) will resume today hearing of petitions of former president Asif Ali Zardari and his sister Faryal Talpur in a case pertaining to laundering of billions of rupees through fake bank accounts.

As per details, A division bench of the IHC comprising Justice Aamer Farooq and Justice Mohsin Akhtar Kayani will hear the matter.

At the previous hearing, National Accountability Bureau (NAB) prosecutor Jahanzeb Bharwana had stated before the judges that Zardari is directly involved in the fake bank accounts case as the bureau has enough evidence to arrest him.

He said the NAB has traced suspicious transactions to the tune of Rs1.5 billion to an account associated with Zardari group of companies from a fake account. The account holder didn’t know that the account existed in his name.

When asked whether the corruption watchdog had enough material to launch an investigation under the Anti-Money Laundering Act 2010, the prosecutor replied they can start a probe even without fulfilling requirements of the law.

A total of nine applications were filed by the PPP leaders – seven by Zardari and two by Talpur.