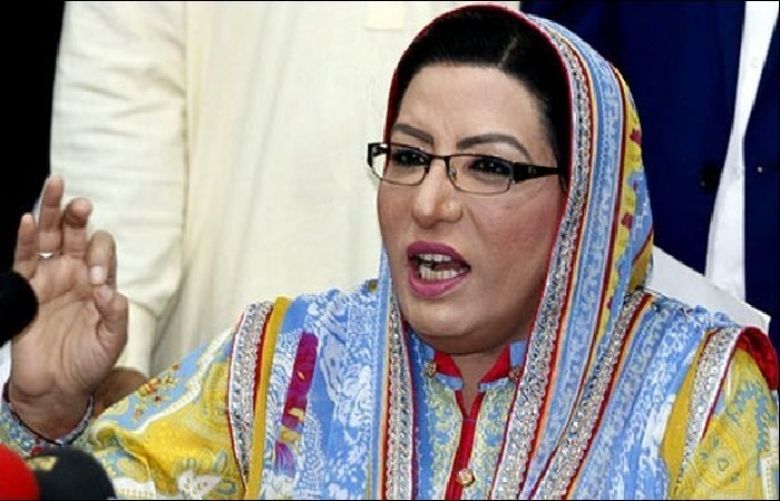 Special Assistant to the Prime Minister on Information and Broadcasting Dr Firdous Ashiq Awan says the government is committed to purge the country of the corrupt elements.

Addressing an Eid Milan party in Sialkot, she said Pakistan Tehrik-e-Insaf has come into power with the mandate to ensure justice and get the country out of the crises.

The Special Assistant said the government is making all-out efforts for welfare of the neglected and down-trodden people under dynamic leadership of Prime Minister Imran Khan. She said the whole nation stands with the Prime Minister in this difficult time.

She said the business community is fully on board regarding the business and investment-friendly policies being framed by the government.

Addressing a public meeting in Sialkot, Special Assistant to Prime Minister on Information and Broadcasting Firdous Ashiq Awan has said Pakistan Tehreek-e-Insaf (PTI) government will steer the country out of crises.

Firdous Ashiq Awan said the people have given mandate to PTI to rid all the institutions of corrupt elements.

She said nobody is above the law.

The Special Assistant said the opposition parties are engaged in a baseless propaganda against the government.